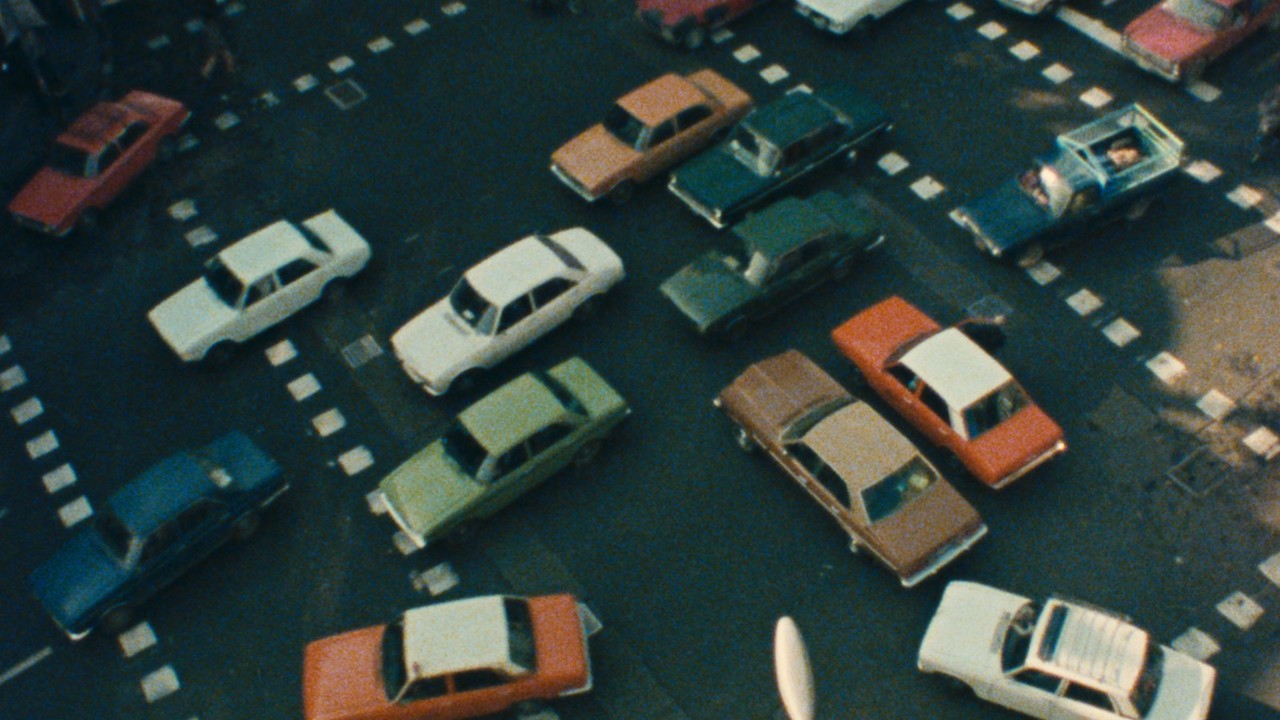 “The mother of all my films,” according to Abbas Kiarostami, starts out as a breezily observed anecdote about a boy wending his way home through Tehran alleys carrying a loaf of bread. Variations on both the boy and the old man he sees and begins to follow will factor into future Kiarostami fims, as will the use of “dead time,” the journey structure, and the poetic articulation of space. The final scene, involving a dog and a door, ends things on a note of wry ambiguity.

An old man strolls through the noisy streets of Rasht, and when his hearing aid is knocked out of his ear, the film’s sound goes off, too, mimicking the silence that envelops him. At home, the same thing happens when he takes the device out, and Kiarostami intercuts his silent actions with the clamor of schoolgirls who try to get his attention from outside. Another Kiarostami meditation on the contrasts of silence and sound, age and youth, solitude and solidarity.

This film’s first shot shows students descending a staircase in calm, orderly fashion, then its second details the same action as a chaotic rush. Separated by slates and Kiarostami’s voice intoning, “Sound, camera,” subsequent sequences describe the same dichotomous behavior in a schoolyard, on a school bus, and in the haphazard traffic of Tehran. Kiarostami described this as “a truly educational film,” but it plays more like a quirky philosophic aside.

Evidently the first installment in a series that didn’t continue, this instructional film shows idle twelve- and sixteen-year-
old brothers learning how to improve their surroundings by painting an old door. With the narrator giving step-by-step instructions, the boys go through the processes of sanding, applying primer, and mixing different types of paint. Whatever its educational value, the film’s quiet enthusiasm for its subject also reflects Kiarostami’s own interest in woodworking.

Ostensibly also a film for children, this picture-book essay about the range of hues that brighten our world has the air of
a delightfully playful formalistic exercise. As a narrator runs though the colors one by one, Kiarostami shows us where
each appears in nature and human life (which occasions some great views of prerevolutionary consumer culture in Iran). Of course, a little boy is featured—in one memorable sequence, he fantasizes about being a race-car driver.

Disciplined at school for breaking a window, a boy joins throngs of his schoolmates as they make a cacophonous exit onto Tehran’s streets. He then briefly joins an impromptu soccer game but disrupts it by stealing the ball and running away, and ends up drifting aimlessly along a busy highway. Free of dialogue but using unsynchronized sound throughout, this moody film shows Kiarostami expanding his visual vocabulary with zooms and crane and helicopter shots.

Abbas Kiarostami takes his camera to the south of Italy and shows us a beautiful and playful video of alleys and stairs. Premiering recently at Venice, and shot in black and white, Kiarostami’s last short film masks a carefully constructed narrative that highlights the deceptive nature of his filmmaking and his deft manipulation of time and space.