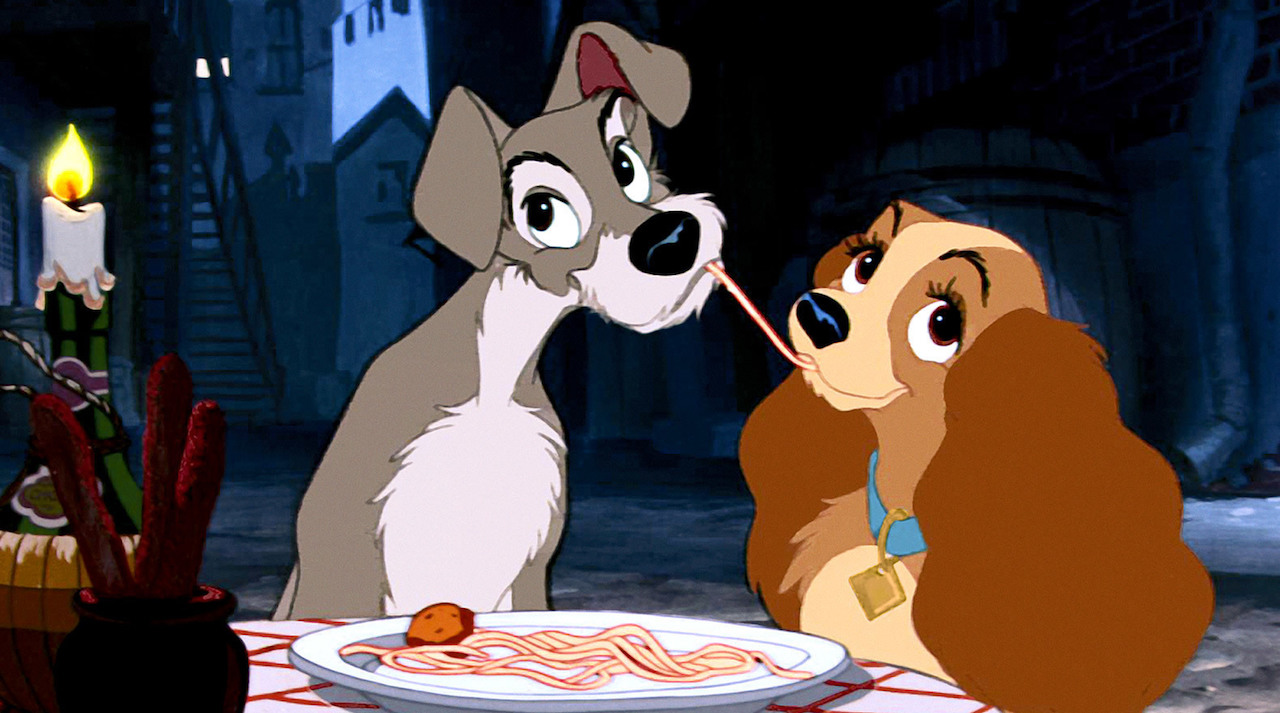 Lady and the Tramp

“In 1956, when Woof Back in Anger was challenging perceptions on the London stage, a few critics remarked that it had all been done the year before in a Disney cartoon musical with songs by Peggy Lee. Like Osborne’s play, Lady and the Tramp probes one of the great social fusses of the ’50s: canine hypergamy – marriage or liaison above one’s social caste or class – and was inspired by the tale of Walt’s family spaniel…. Happily the cameo lowlife, an excellent manic beaver, the famously villainous Siamese, and classic songs rescue the film from dumb animal sentiment. Best of these is the almost raunchy ‘He’s a Tramp’, in which Peggy Lee shows that part of being a bitch is knowing when not to be too much of a lady.” – Time Out (London)