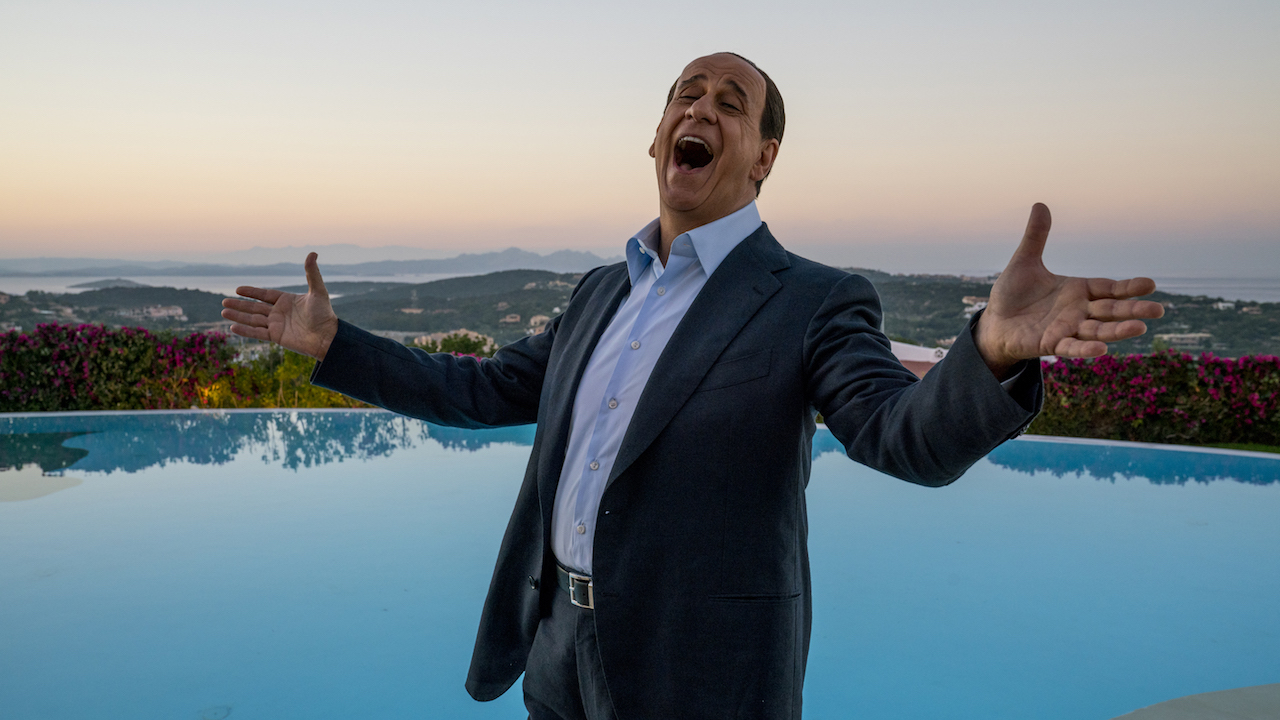 Sex, drugs, power, and vice: welcome to the mid-2000s Italy of Silvio Berlusconi, the egomaniac billionaire Prime Minister who presides over an empire of scandal and corruption. Sergio (Riccardo Scamarcio) is an ambitious young hustler managing an escort service catering to the rich and powerful. Determined to move up in the world, Sergio sets his sights on the biggest client of all: Berlusconi (Toni Servillo), the disgraced, psychotically charming businessman and ex-PM currently plotting his political comeback. As Berlusconi attempts to bribe his way back to power, Sergio devises his own equally audacious scheme to win the mogul’s attention. Exploding with eye-popping, extravagantly surreal set-pieces, the dazzling, daring new film from Academy Award-winning director Paolo Sorrentino (The Great Beauty) is both a wickedly subversive satire and a furious elegy for a country crumbling while its leaders enrich themselves.