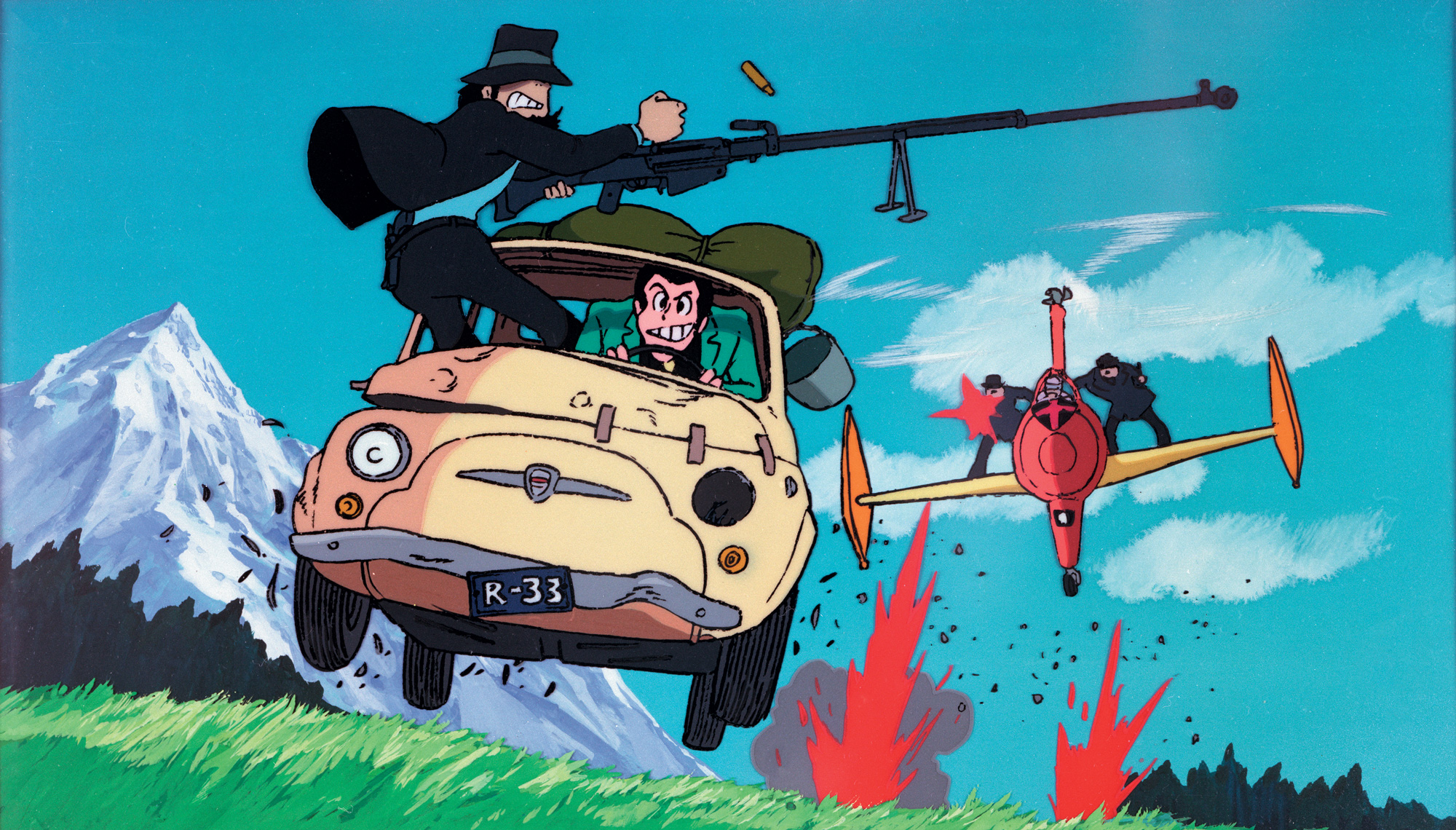 Lupin the 3rd: The Castle of Cagliostro

Academy Award-winner Miyazaki made his feature film debut in 1979 with this beloved chapter of the LUPIN THE 3RD saga. In the twilight of his career, master thief Lupin III’s latest and greatest caper has hit a snag. What should’ve been bags of cash from a national casino turns out to be expert counterfeits! Together with his partner-in-crime Jigen, Lupin heads to the remote nation of Cagliostro to exact revenge.

Not everything goes as planned; the two encounter Clarisse, a royal damsel in distress being forced to marry the sinister Count Cagliostro against her will. Saving her won’t be easy, however, as Lupin and Jigen – together with the unpredictable lady thief Fujiko and the swordsman Goemon – must fight their way through a trap-filled castle, a deadly dungeon, and an army of professional assassins! Can Lupin rescue Clarisse, evade the cuffs of his long-time nemesis Inspector Zenigata, and uncover the secret treasures of the Castle of Cagliostro? A GKIDS release.

For all showtimes 7:00pm and later, the film will be shown in Japanese with English subtitles. Morning and afternoon screenings will be screened in the English language version.

"One of the most fun, and memorable, films out there — animated or otherwise."