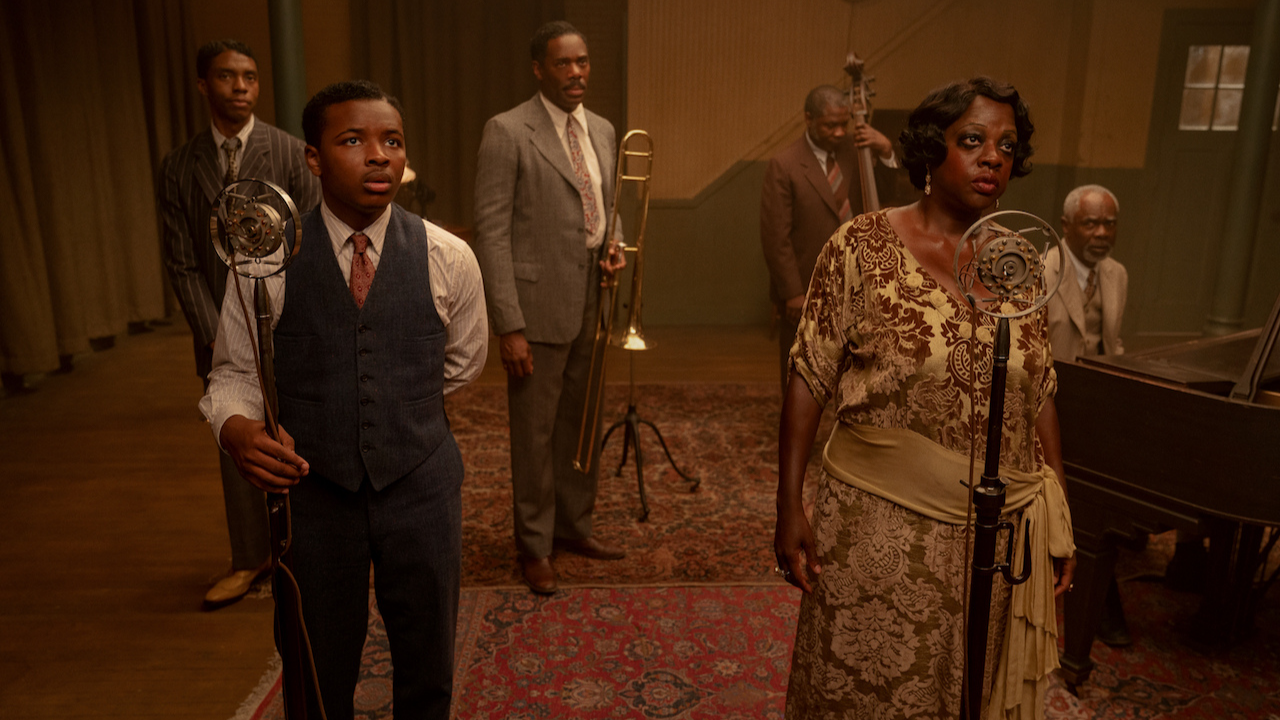 Tensions and temperatures rise over the course of an afternoon recording session in 1920s Chicago as a band of musicians await trailblazing performer, the legendary “Mother of the Blues,” Ma Rainey (Academy Award® winner Viola Davis). Late to the session, the fearless, fiery Ma engages in a battle of wills with her white manager and producer over control of her music. As the band waits in the studio’s claustrophobic rehearsal room, ambitious cornet player Levee (Chadwick Boseman) — who has an eye for Ma’s girlfriend and is determined to stake his own claim on the music industry — spurs his fellow musicians into an eruption of stories revealing truths that will forever change the course of their lives.

All screenings of MA RAINEY’S BLACK BOTTOM feature an exclusive video introduction from filmmaker George C. Wolfe, recorded to welcome back audiences to IFC Center for our reopening.