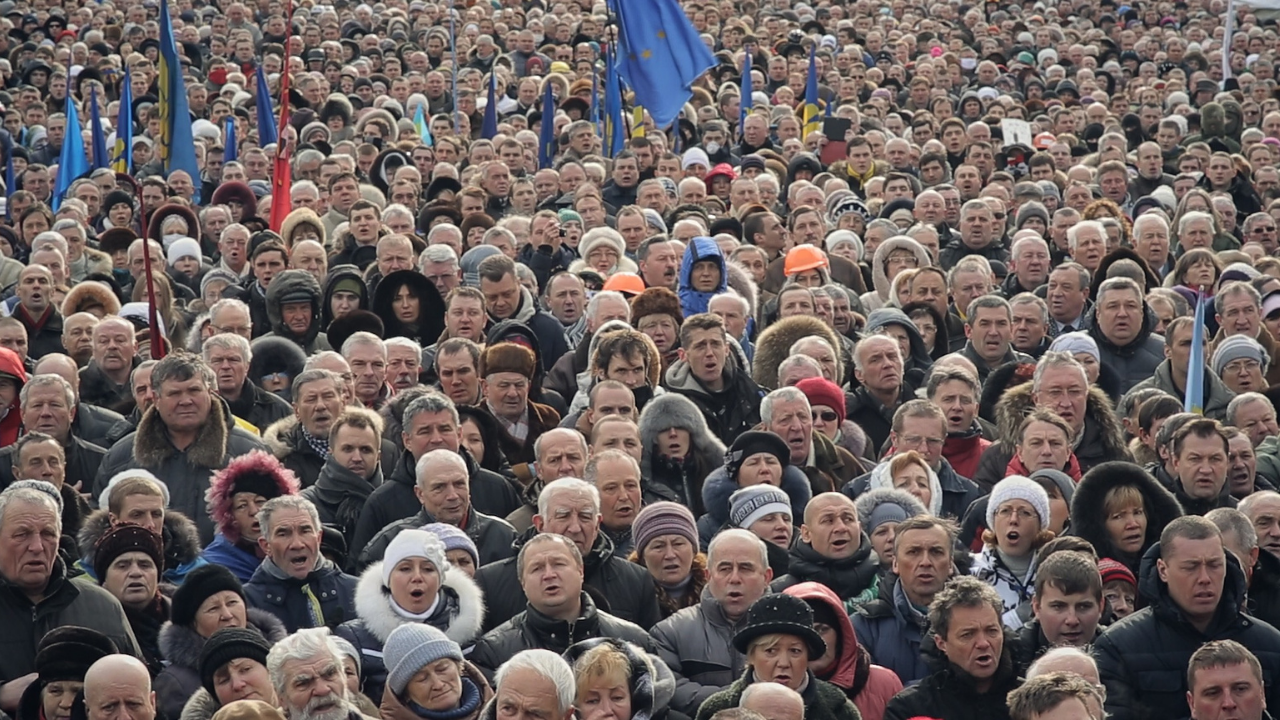 Directed by acclaimed filmmaker Sergei Loznitsa, MAIDAN chronicles the civil uprising that toppled the government of Ukrainian president Victor Yanukovich and has since developed into an international crisis between Russia and the West. Filmed in stunning long takes, sans commentary, MAIDAN is a record of a momentous historical event and an extraordinary study of the popular uprising as a social, cultural and philosophical phenomenon.

Screening as part of our series Loznitsa x 3.