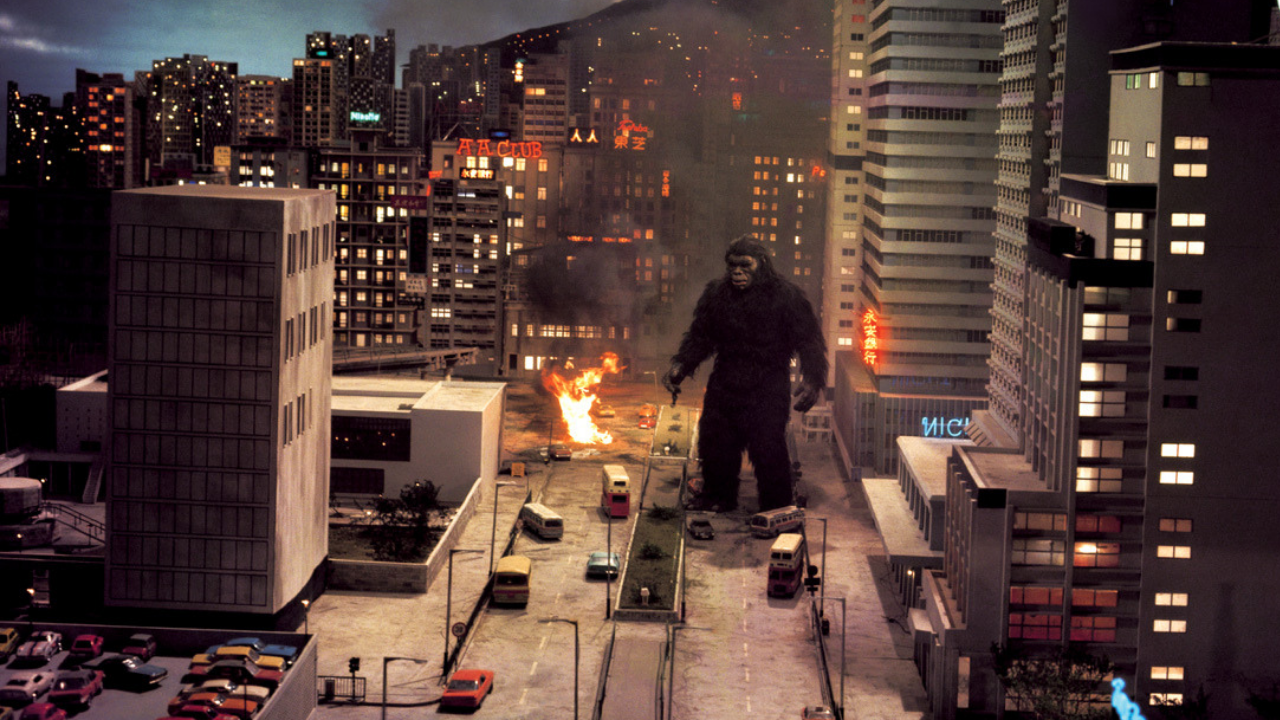 “Holy mackerel!  This cheap Hong Kong KING KONG rip-off is totally out of control.  If an all-star team of the Best Comedy Writers of All-Time got together and wrote a script about a prehistoric ape man and a beautiful blonde jungle woman, it would be just like this movie — only not as funny.

It’s hard to describe exactly what makes THE MIGHTY PEKING MAN such a joy; perhaps it’s the cultural disconnect between the Shaw Brothers worldview and the end product (which is clearly designed for export to Western markets.)  The parts just don’t snap together in any normal fashion.  Scenes that would be mild cliches in an American film become towering comic set-pieces here.  Witness Chinese tough guy Danny Lee and wild-girl Evelyn Kraft frolic together with her pet leopard!  I’ve never been so close to throwing up from laughter as when I first saw this film.  You should totally watch it!  From the director of OILY MANIAC.”  (Lars Nilsen, Weird Wednesday)