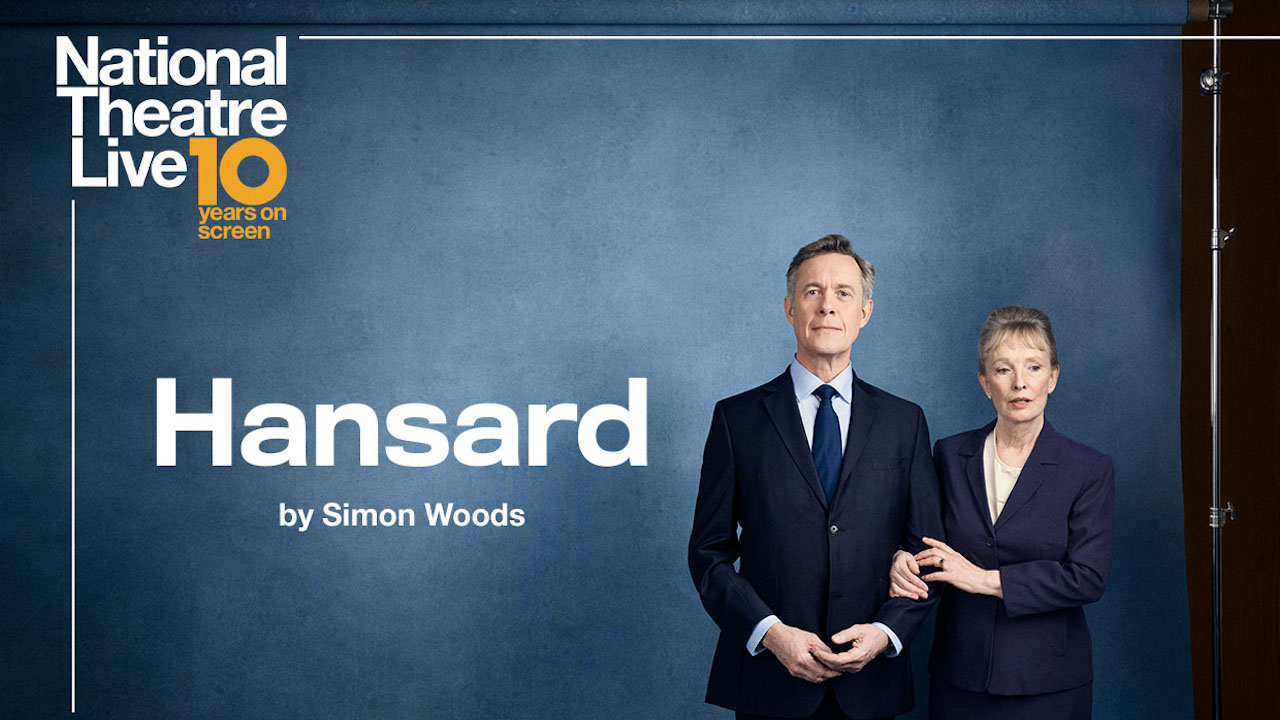 Hansard; noun
The official report of all parliamentary debates.

See Olivier Award-winners, Lindsay Duncan (Birdman, About Time) and Alex Jennings (The Lady in the Van, The Queen), in this brand new play from Simon Woods, filmed live from the National Theatre in London and presented in encore screenings at IFC Center.

It’s a summer’s morning in 1988 and Tory politician Robin Hesketh has returned home to the idyllic Cotswold house he shares with his wife of 30 years, Diana. But all is not as blissful as it seems. Diana has a stinking hangover, a fox is destroying the garden, and secrets are being dug up all over the place. As the day draws on, what starts as gentle ribbing and the familiar rhythms of marital scrapping quickly turns to blood-sport.

Touching and illuminating all at once.