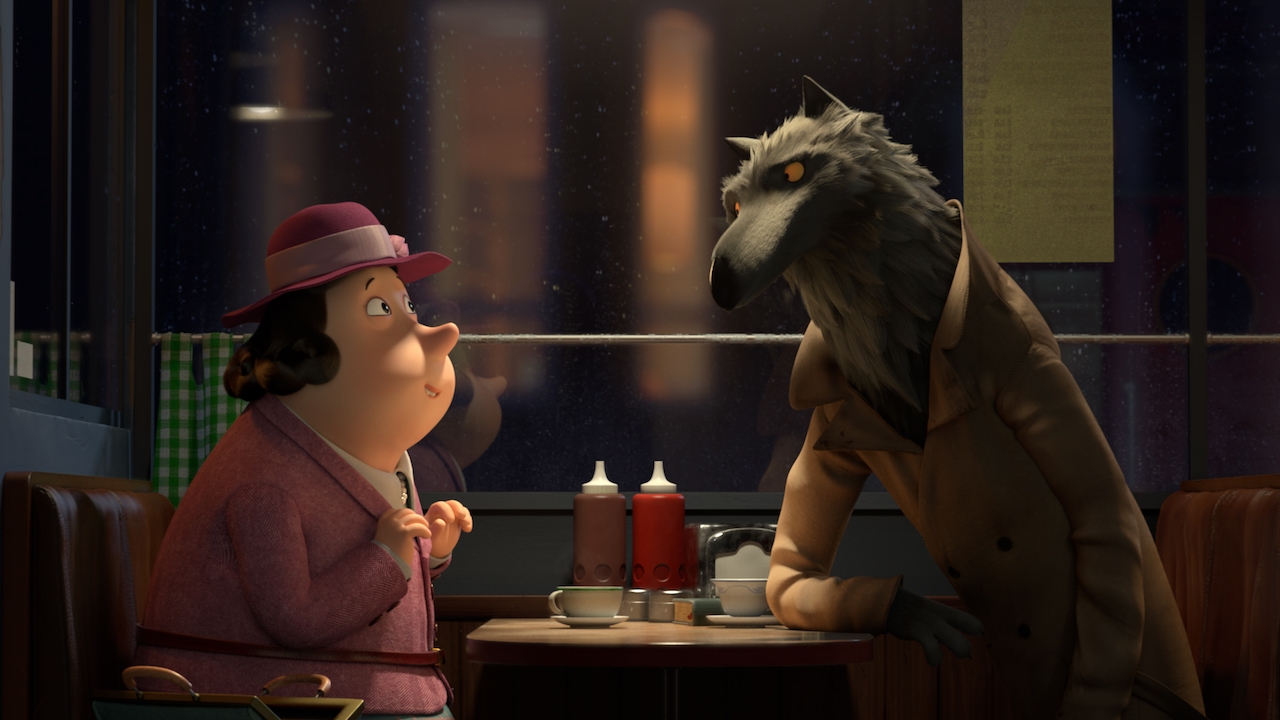 Based on the much-loved children’s book written by Roald Dahl and illustrated by Quentin Blake, Revolting Rhymes takes the classic fairy tales of Little Red Riding Hood, Snow White, The Three Little Pigs, Jack & the Beanstalk and Cinderella, then mixes them together and serves them with a mischievous twist.

The first film sees young Snow White and Red Riding Hood become lifelong friends as Snow White takes on the might of the wicked Queen, whilst Red is called home to deal with a pair of hungry wolves – one who’s eaten her grandma and then dressed in her clothes, while the other can’t help himself from eating some unsuspecting pigs. In the second film Jack grows up with his heart set on next-door neighbour Cindy. She has her eye turned by the eligible Prince at the ball, and Jack gets distracted by a giant beanstalk at the bottom of his garden. Will they find true love? Overarching both films, our narrator, a big bad wolf, has all the answers as well as a story of his own to tell.