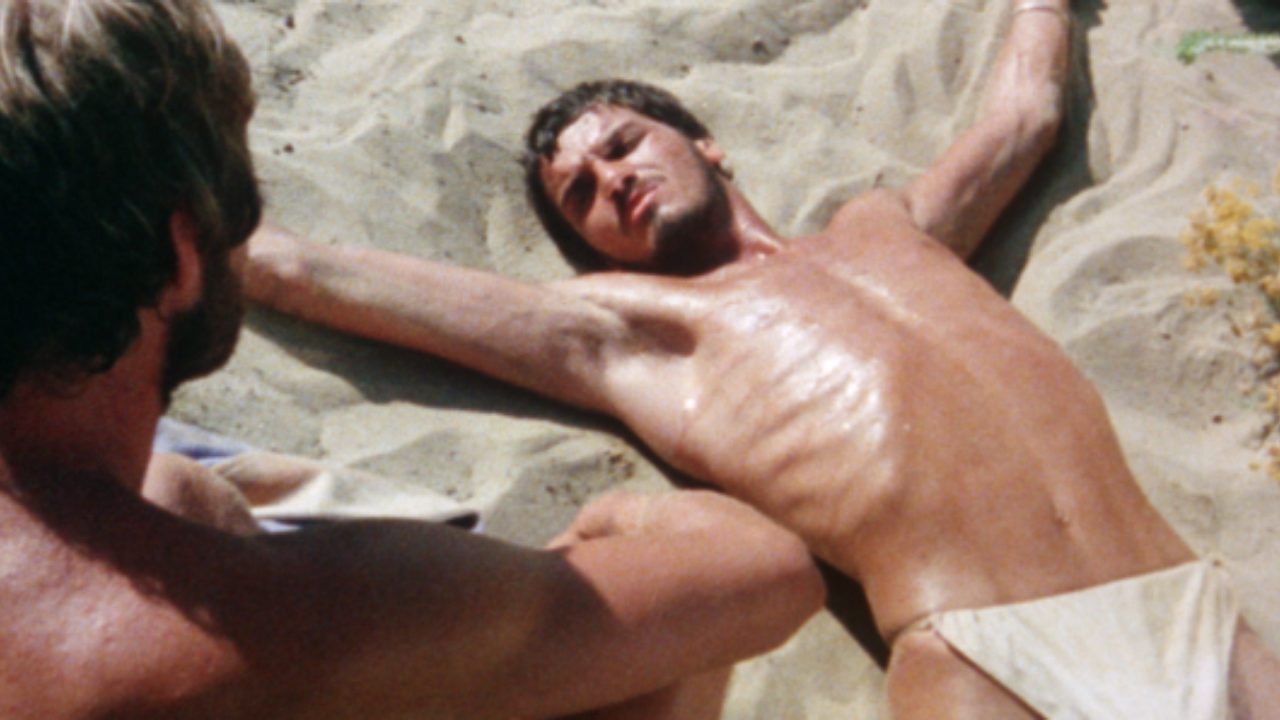 Staff Pick! Chosen by James who says: “My first encounter with SEBASTIANE – and introduction to the mighty Derek Jarman – was as a young teenager watching a late night TV broadcast. Explicitly homoerotic, its queer screen imagery was hugely impactful and although I studied Latin at school, watching this film was definitely the most enthusiastic I ever got about the language!”

Derek Jarman’s (Caravaggio) feature film debut (co-directing with Paul Humfress), SEBASTIANE is a “one of a kind” (Time Out London) historical drama which lays bare the latent homoeroticism that has always lurked beneath the glossy surface of Hollywood biblical epics. Telling the story of the martyrdom of St. Sebastian in the same way that Italian Renaissance painters used the image of Sebastian to eroticize the male nude, Jarman depicts both earthly lust and spiritual yearning with “an honesty and directness that’s the absolute opposite of camp.” (The Guardian).

Stripped of rank and exiled to a remote Sardinian outpost, Roman soldier and suspected Christian Sebastian becomes the object of his commanding officer aggressive desire. As Sebastian turns his back on his fellow soldiers in favor of his own mystical longings, the sun-bleached Mediterranean idyll becomes a psycho-sexual hothouse where lust sets the stage for a shocking tableau of death and martyrdom.

Audaciously spoken in Latin and supported by one of cult composer Brian Eno’s best music scores, SEBASTIANE is both a milestone of British independent film and a pioneering work of queer cinema.