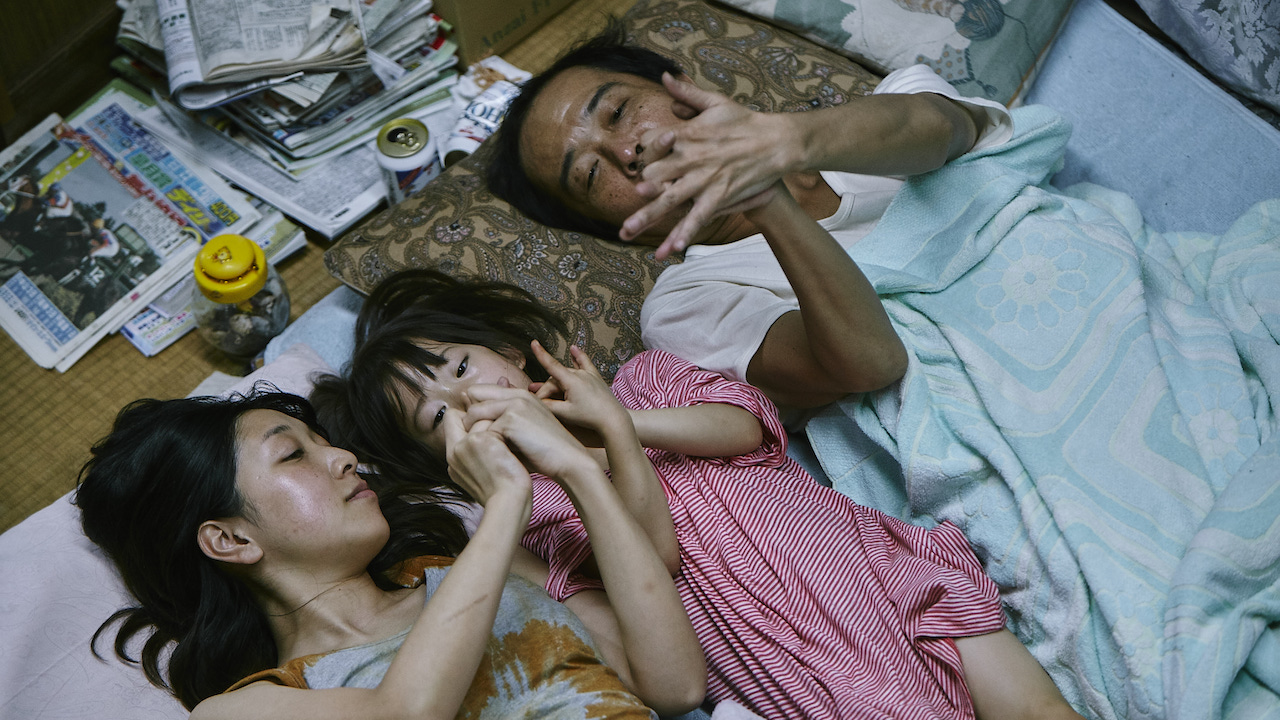 In Japanese filmmaker Hirokazu Kore-eda’s (After the Storm; Like Father, Like Son; Nobody Knows) moving, humane new drama, a makeshift family of castoffs and misfits ekes out a living by petty theft on the margins of Tokyo. On their way home from a shoplifting session, the father and son stumble across a seemingly abandoned little girl, and, despite their poverty, decide to take her in – risking exposure to the authorities.

“The work of a master in full command of his art.” – Justin Chang, Los Angeles Times