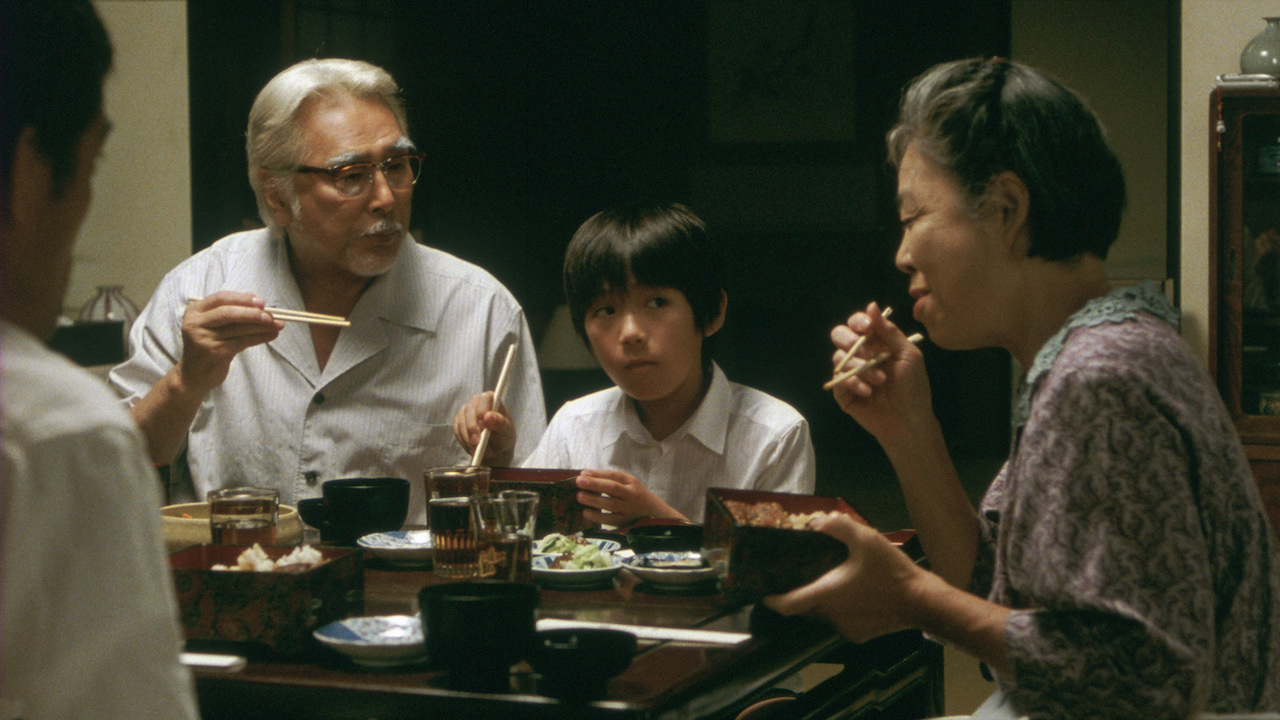 Ryota is the 40-year-old son of the Yokoyama family. He has recently married a widow with a ten-year-old son from her previous marriage, who are joining him on a rare visit home. Only his elderly parents now live in the house, which once doubled as a flourishing medical clinic. The annex, a medical examining room still boasting a wall of pharmaceuticals, remains unchanged, though the patriarchal doctor has retired. Despite the unchanged outward appearances, everything has slightly aged.

The family has gathered to remember Junpei, the eldest son, who died in a terrible accident fifteen years earlier. Ryota, an art restorer, has never lived up to his brilliant brother, who was supposed to take over the family clinic, and he remains uncomfortable with his father. He arrives home, determined to hide the fact that he is currently unemployed. His older sister, Chinami, has already arrived with her family and is cheerfully entertaining the extended family. Toshiko, their deceptively mild-mannered mother, emits a string of sarcastic remarks as she bustles around the kitchen preparing the family’s favorite foods.

The scenes of the respective couples and family members alternately reminiscing and bickering around the food-laden table, will bring a family memory to everyone’s mind. Based on Kore-eda’s original screenplay, under his polished direction, all the characters come sharply to life, exchanging dialogue that both delights and tugs at your heart. As the film unfolds, brimming with compelling realism, it reveals the modest joys and gentle sorrows that accompany the realization that life must inevitably move on. The Yokoyama’s are a typical dysfunctional family, bonded by love as well as resentments and secrets. With a subtle balance of gentle humor and wistful sorrow, Kore-eda portrays just how annoying, and exactly how precious, family can be.