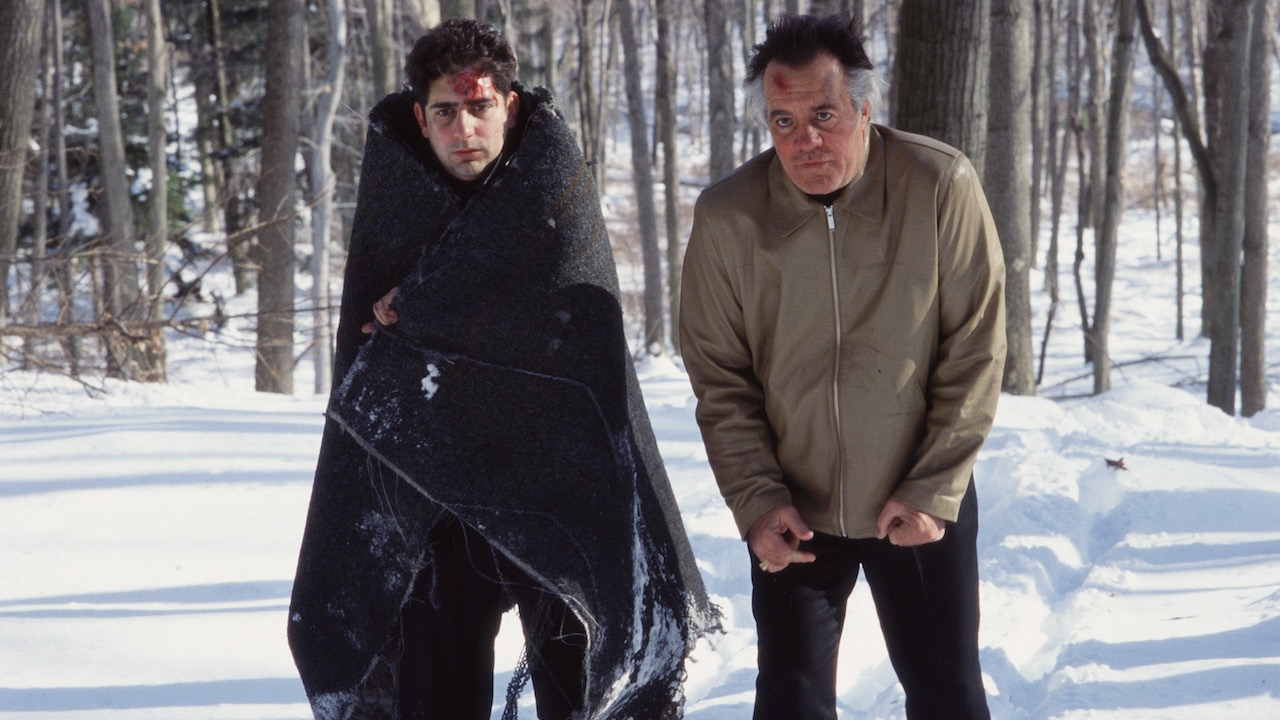 “Stooges With Guns: The Bloody Slapstick of The Sopranos”

Close to the platonic ideal of a Sopranos episode, season three’s woodland fantasia “Pine Barrens”—aka The One with the Russian—is one of the best showcases of the series’ fondness for broad, often incredibly violent slapstick. In the writers’ room, creator David Chase and his staff (including “Pine Barrens” scripter Terence Winter) often discussed slapstick performers from earlier eras, including Abbott and Costello and The Three Stooges. The latter are represented by the 1945 comedy short “Idiot’s Deluxe,” wherein Moe, Larry and Curly go camping in the woods and are menaced by a bear.