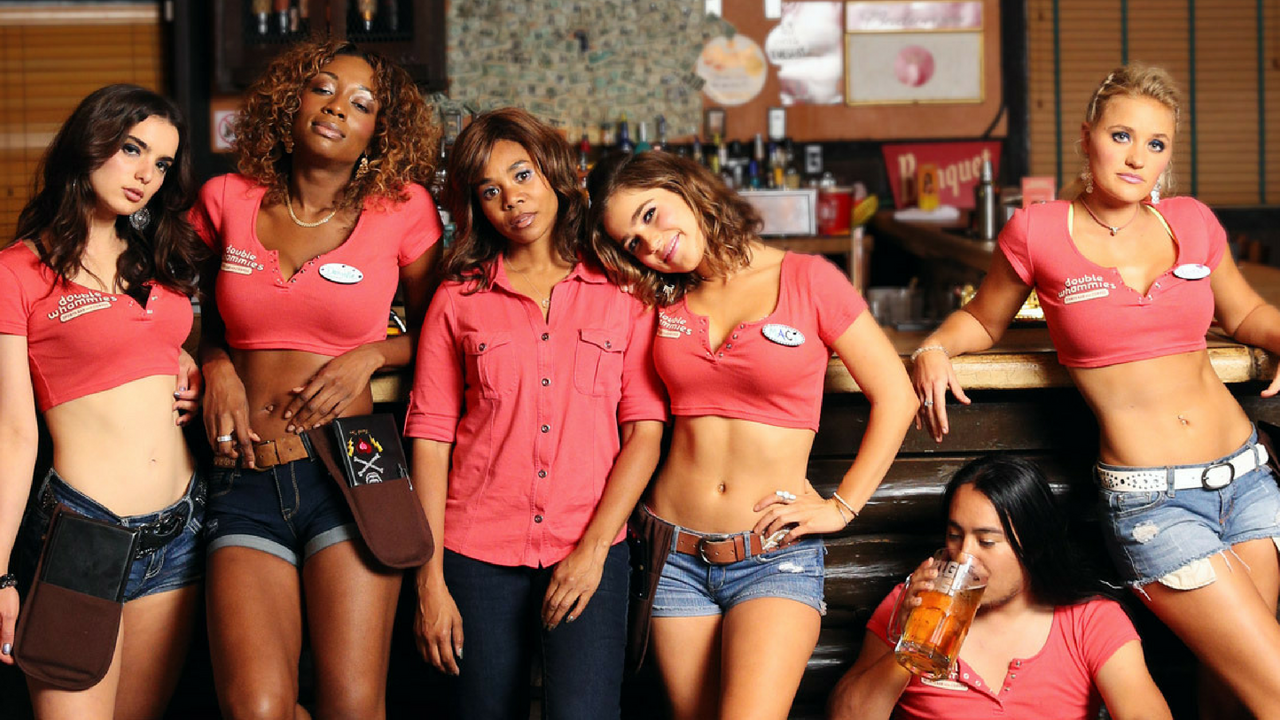 Lisa Conroy is the last person you’d expect to find in a highway-side ‘sports bar with curves’ — but as general manager at Double Whammies, she’s come to love the place and its customers. An incurable den mother, she nurtures and protects her girls fiercely, but over the course of one trying day, her optimism is battered from every direction. Double Whammies sells a big, weird American fantasy, but what happens when reality pokes a bunch of holes in it? “An easygoing comedy that lives its politics instead of declaring them.” –The Hollywood Reporter “It’s a biting commentary on American labor and capitalism in the form of a mainstream crowd pleaser.” –The Film Stage “Hall’s performance – tender, tough, empathetic, controlled – crumples from tears to laughter in a blink. It’s phenomenal.” –Variety Official selection: SXSW, San Francisco Int’l Film Festival

"Its light, sweetly frisky exterior and easygoing pace camouflages what a subtle and brilliant piece