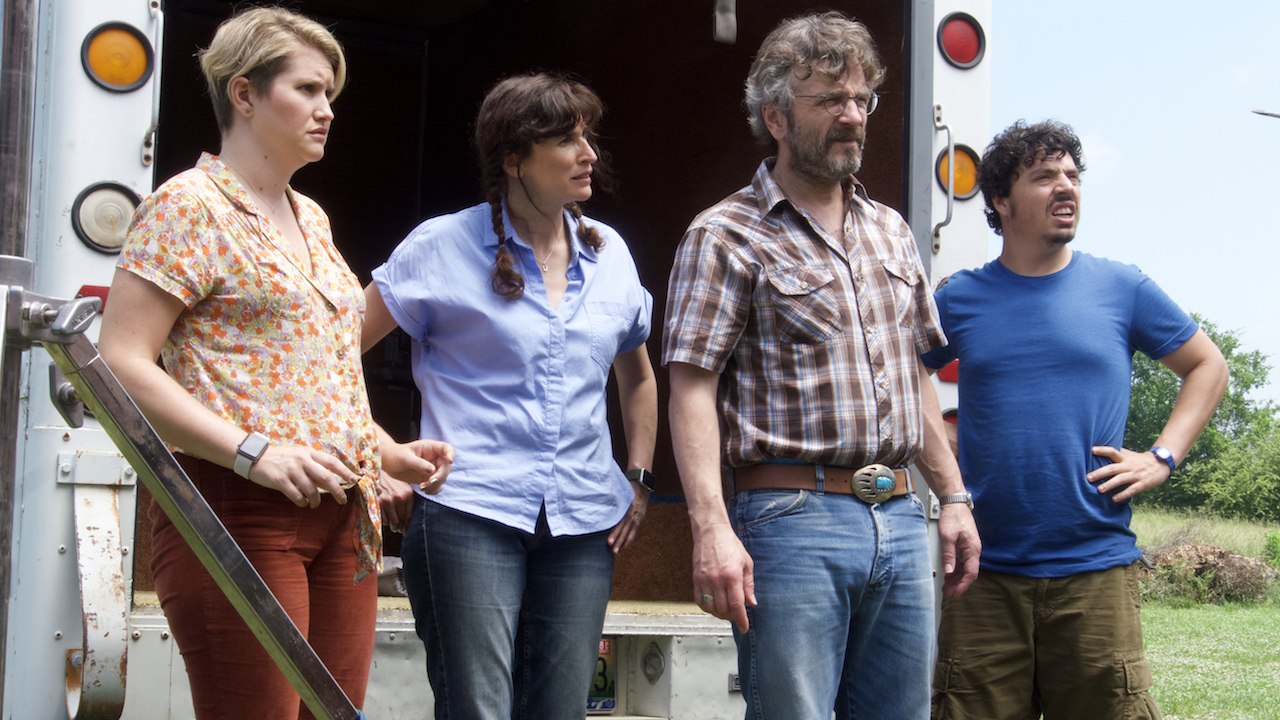 Mel (Marc Maron) is a cantankerous pawnshop owner in Alabama who spends most of his time swindling customers while trying and failing to get his man-child employee Nathaniel (Jon Bass) to do any work. When Cynthia (Jillian Bell) and her wife Mary (Michaela Watkins) try to hawk a Civil War-era sword inherited from Cynthia’s recently deceased grandfather, he tries to get the better of them. The sword, however, comes with a convoluted report from Cynthia’s grandfather claiming the relic to be proof the South actually won the war. It isn’t long before the coveted “prover item” draws the attention of overzealous conspiracy theorists and the two duos have to join forces in order to sell the sword to the highest bidder. The journey that ensues takes the ragtag bunch on a tour through the deep South and the minds of the local fanatics who inhabit it. Created from the raw talent of its cast and infused with a lot of heart and laughs, SWORD OF TRUST takes a stab at uncovering emotional truths through moments of hilarity and hits right on the mark.