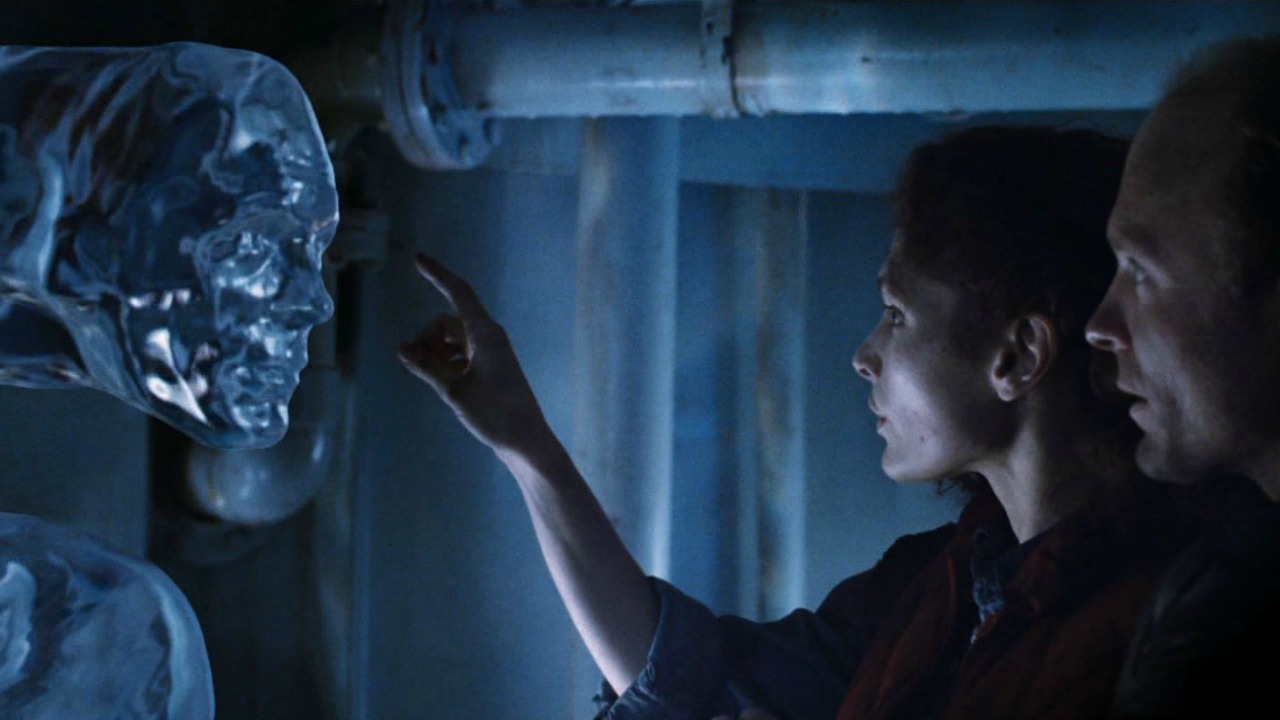 James Cameron followed two acclaimed hits, The Terminator and Aliens, with THE ABYSS. Set in an underwater research facility afflicted by uncanny events, the film was a chimera that fused elements from the submarine thriller, the survival picture, the visionary science fiction epic, and a Cassavetes-style domestic psychodrama about a marriage of true minds (Ed Harris and Mary Elizabeth Mastrantonio) pushed to the breaking point during a crisis.

One of Cameron’s most technically innovative and personally controversial projects, The Abyss was was a critical and financial disappointment, despite an affecting love story, state-of-the-art miniatures, full-scale underwater action scenes, and pioneering computer-generated imagery. The spiraling budget and reports of miserable working conditions (Harris later claimed he almost died filming an underwater scene, and Cameron and his then-wife and coproducer Gale Anne Hurd split up at the end of production) made industry observers wonder if the director’s career could recover. Cameron’s next feature was Terminator 2: Judgment Day, and its stunning application of knowledge acquired in the briny deep made it one of the most popular films of all time.

Discussion to follow with Blake Leyh, a sound designer and editor, music supervisor, and musician whose credits include The Abyss, Barton Fink, Crouching Tiger, Hidden Dragon, The Wire, Treme, and The Deuce, and joined by Ron Pogue, a 20-year movie industry veteran who spent several years coordinating the effects crews of Spider-Man 2 and James Cameron’s Avatar, and later produced visual effects for The Get Down and The Ballad of Buster Scruggs. Matt Zoller Seitz will be moderating.