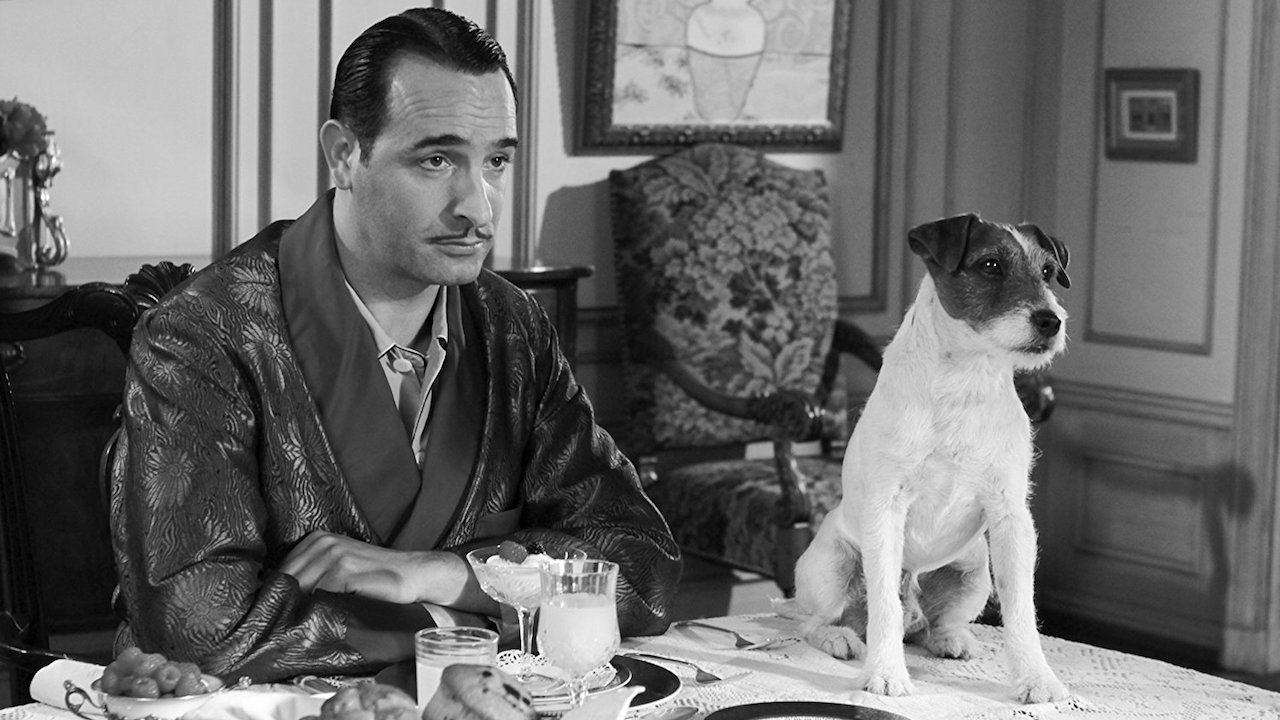 “In many ways, Michel Hazanavicius’s The Artist is the perfect Christmas film. True, it’s set in sunny LA, rather than snowy Scandinavia… but this story of an aging movie actor who struggles with the sudden introduction of “talkies” in late Twenties Hollywood is  playful, funny, and, at times, just the right amount of sad. It also manages to combine its nostalgia with some very modern inventiveness and self-awareness; it’s a silent movie that somehow sings out loud; a black and white film that explodes with emotional colour and verve.

Most importantly of all, however, it features a certain Jack Russell terrier named Uggie.” – The Telegraph