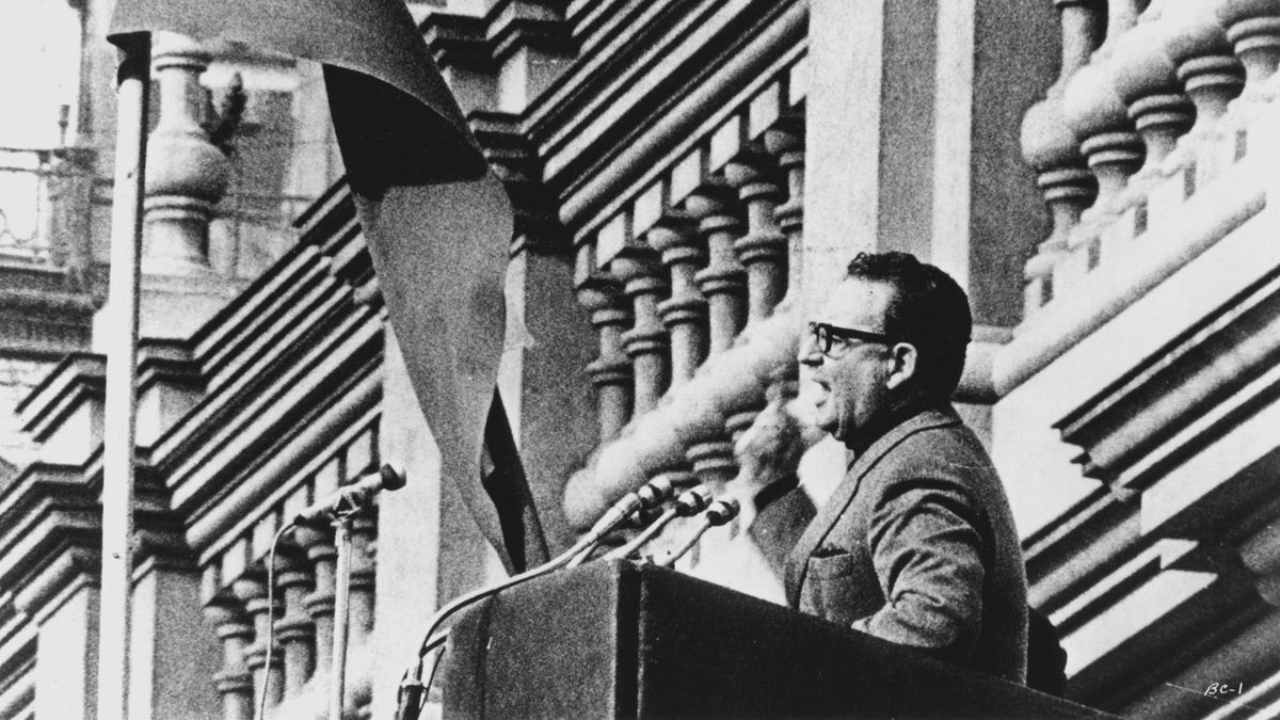 All ticketholders to the 9/22 show will receive a voucher for free popcorn & soda, redeemable at any show of MY IMAGINARY COUNTRY 9/23-29!

Patricio Guzmán and five colleagues had been filming the political developments in Chile throughout the nine months leading up to that day. The bombing of the Presidential Palace, in which Allende died, would now become the ending for Guzmán’s seminal documentary The Battle of Chile (1975-79), an epic chronicle of that country’s open and peaceful socialist revolution, and of the violent counter-revolution against it.

THE BATTLE OF CHILE (Part 1): The Insurrection of the Bourgeoisie (96 minutes) examines the escalation of rightist opposition following the left’s unexpected victory in Congressional elections held in March, 1973. Finding that democracy would not stop Allende’s socialist policies, the right-wing shifted its tactics from the polls to the streets. The film follows months of activity as a variety of increasingly violent tactics are used by the right to weaken the government and provoke a crisis.

THE BATTLE OF CHILE (Part 2): The Coup d’Etat (88 minutes) opens with the attempted military coup of June, 1973 which is put down by troops loyal to the government. It serves as a useful dry run, however, for the final showdown, that everyone now realizes is coming. The film shows a left divided over strategy, while the right methodically lays the groundwork for the military seizure of power. The film’s dramatic concluding sequence documents the coup d’etat, including Allende’s last radio messages to the people of Chile, footage of the military assault on the presidential palace, and that evening’s televised presentation of the new military junta.

Parts 1 & 2 will screen together with a brief intermission in between the two parts.

“Great films rarely arrive as unheralded as The Battle of Chile.” – Pauline Kael, The New Yorker

“A landmark in the presentation of living history on film.” – Judy Stone, San Francisco Chronicle