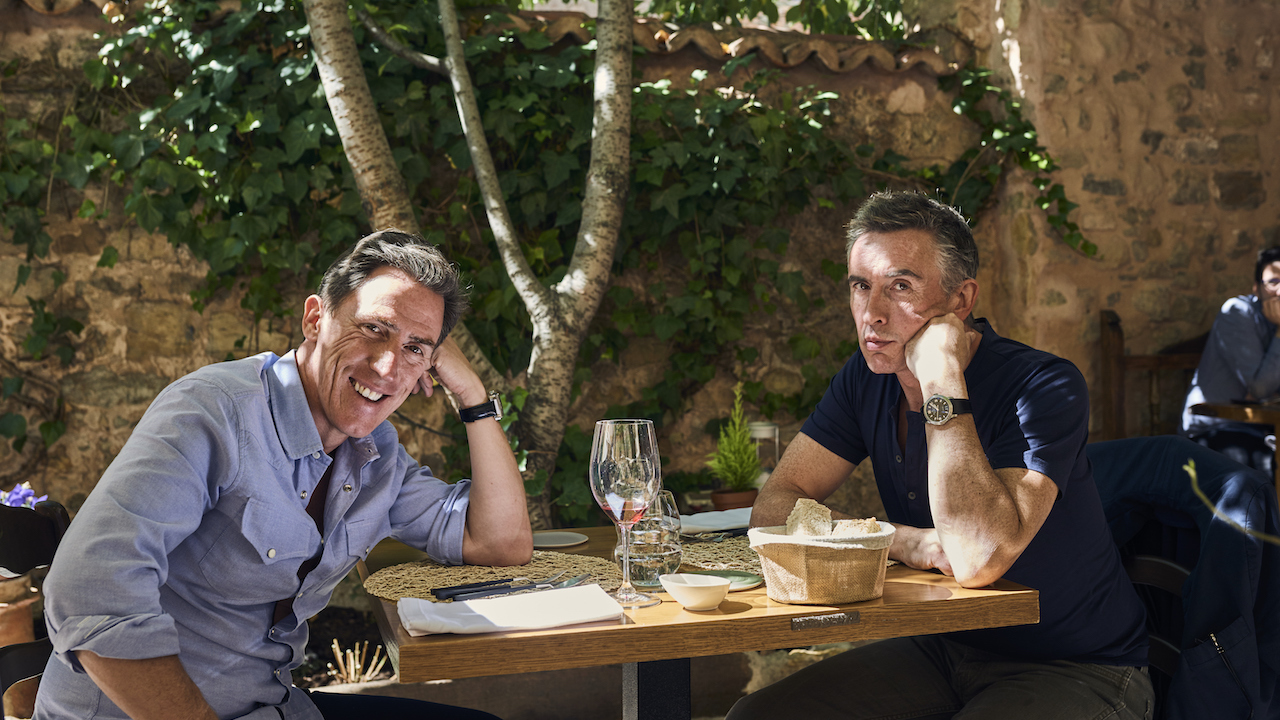 The Trip to Spain

After jaunts through northern England and Italy, frenemies Steve Coogan and Rob Brydon embark on another deliciously deadpan culinary road trip. This time around, they head to Spain to sample the best of the country’s gastronomic offerings in between rounds of hilariously off-the-cuff banter. Over plates of pintxos and paella,the pair exchange barbs and their patented celebrity impressions, as well as more serious reflections on settling into middle age. As always, the locales are breathtaking, the cuisine to die for, and the humor delightfully devilish.