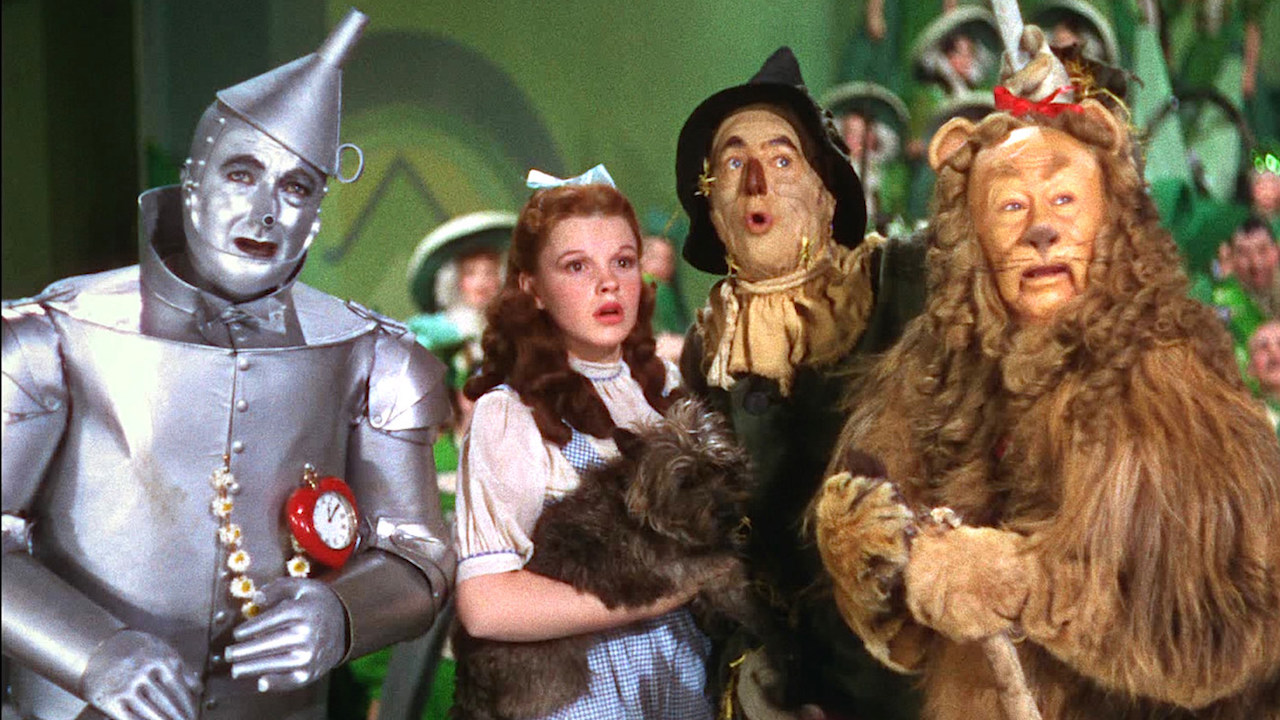 “THE WIZARD OF OZ remains the weirdest, scariest, kookiest, most haunting and indelible kid-flick-that’s-really-for-adults ever made in Hollywood.

“When it first came out, in 1939, American sex roles were all but defined by the he-man/she-woman dichotomies of those other 1939 classics, Gone With the Wind and Wuthering Heights. Against that backdrop, try meditating, for a moment, on Oz, a place where Dorothy, a pigtailed girl with the voice of a 40-year-old chanteuse, is surrounded by men who’ve been eerily robbed of macho: the pipsqueak-voiced Munchkins; that glowering cranium of a Wizard, who turns out to be a complete wimpoid fake; and then, of course, Dorothy’s Yellow Brick Road companions, who may be the three gentlest knights-errant ever imagined by the studio system — a Cowardly Lion, a Tin Man who weeps at the drop of his oilcan, and a gabby dancing Scarecrow with fists of mighty straw. This candy-cane landscape, though, does feature one terrifyingly authentic vision of unfettered masculine force. It’s not even a man — it’s the Wicked Witch of the West.

“What’s singular about Margaret Hamilton’s performance is that with her thick pointy eyebrows and fearsome chin, her terrifying Drano rasp of homicidal aggression, she expresses a male vision of ultimate violence bursting through the glass ceiling of ‘feminine’ rage. THE WIZARD OF OZ is our most indelible fairy tale because it prophesies, with mythic surrealism, a society in which the patriarchal brain (i.e., the Wizard) is about to be torn down, in which women (i.e., the Witch) have matched the male will to destruction and power, but where there also appears a benevolent new breed of valiant softy-man (i.e., the Scarecrow et al.), who can make the world safe again. In 1939, this was but a dream somewhere over the rainbow of tomorrow.” – Entertainment Weekly