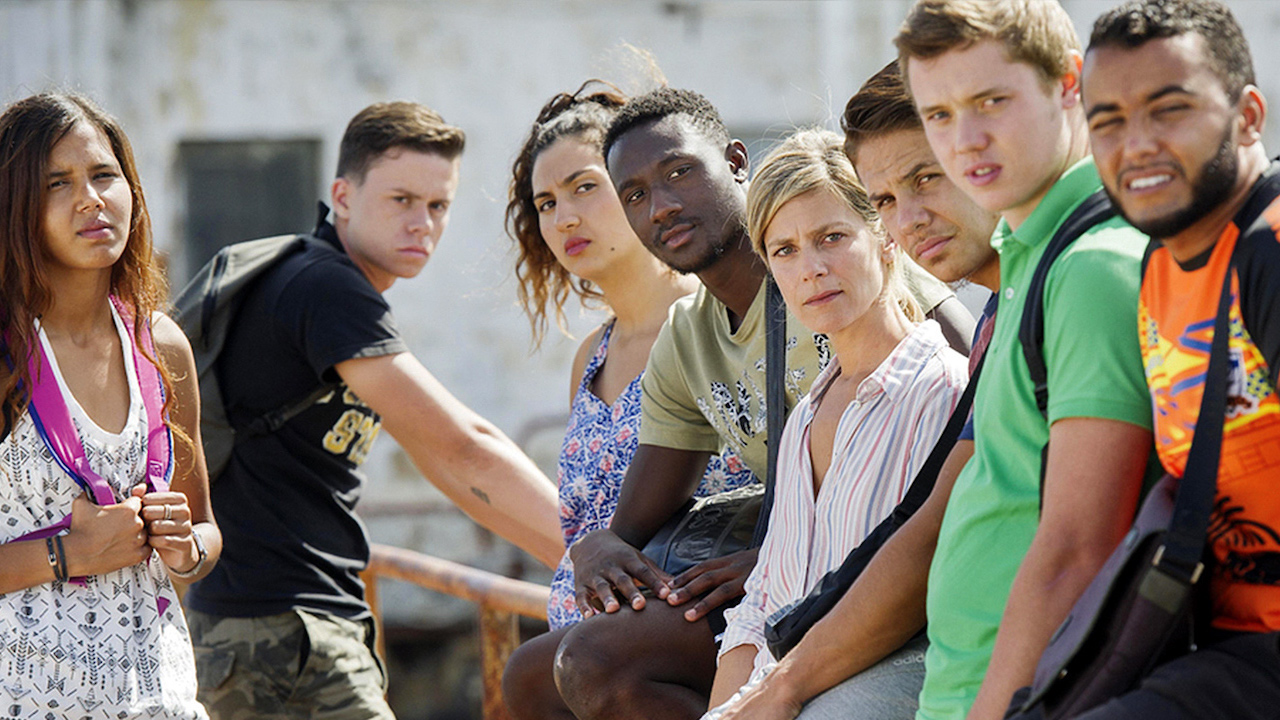 La Ciotat, the South of France. Antoine attends a summer writing workshop in which a few young people have been selected to write a crime thriller with the help of Olivia, a famous novelist. The creative process will recall the town’s industrial past, a form of nostalgia to which Antoine feels indifferent. More concerned with the fears of the modern world, the young man soon clashes with the group and Olivia, who seems at the same time alarmed and captivated by Antoine’s violence.

“Cantet makes an enthralling return to form with this topical fusion of political debate session and socially conscious thriller… [The] screenplay… bristles with both big ideas and small-scale human insight… First-time actor Lucci—who, like the rest of the young ensemble, was enlisted through local open casting—is a frankly astounding discovery, reconciling Antoine’s frightening reserves of hatred and physical menace with an awkward, knotted innocence.”—Guy Lodge, Variety