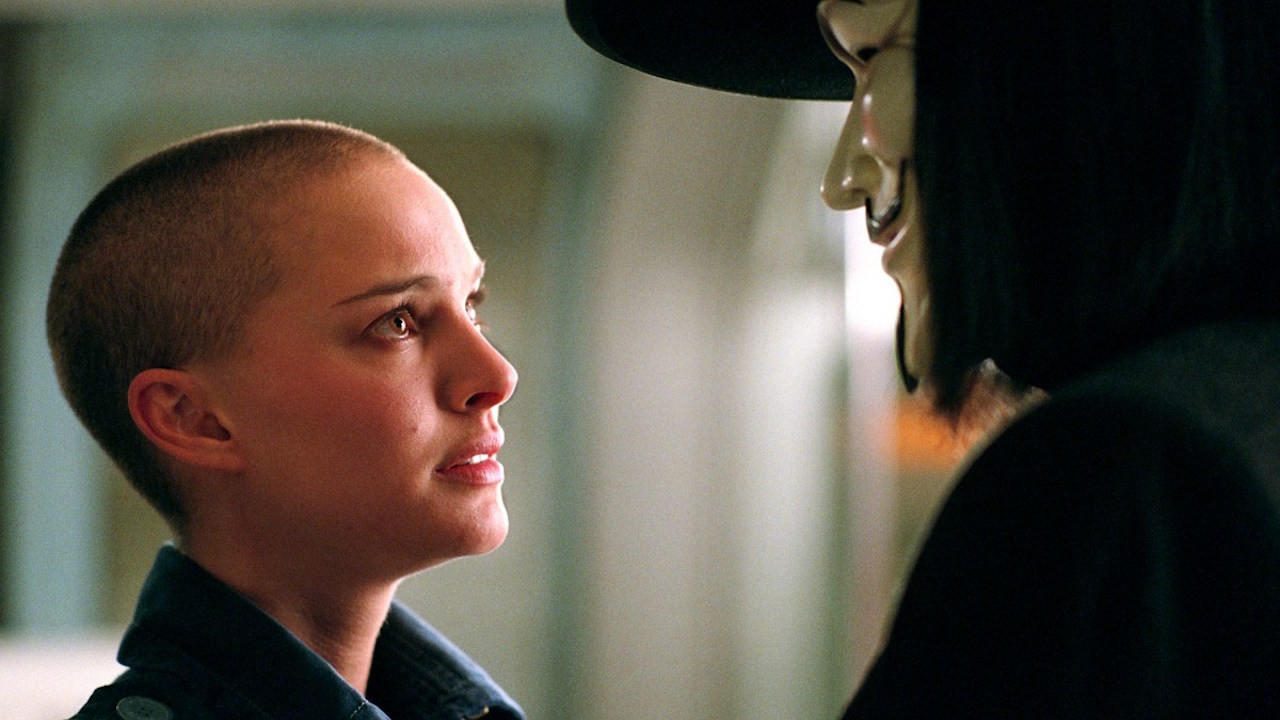 “A popcorn movie that preaches mass rebellion against the government—what’s not to like? After milking The Matrix for two superfluous sequels, writer-producers Andy and Larry Wachowski adapt a 1989 graphic novel by David Lloyd and Alan Moore; set in a futuristic Great Britain, the movie follows a masked figure (Hugo Weaving) as he carries out a series of assassinations and tries to unite the cowed populace against a totalitarian national-security state. The swashbuckling first hour is superior to the second, which bursts at the seams with backstory, but a rousing climax makes this the most potent piece of agitpop in years. James McTeigue directed; with Natalie Portman, Stephen Rea, John Hurt, and Stephen Fry.” – Chicago Reader