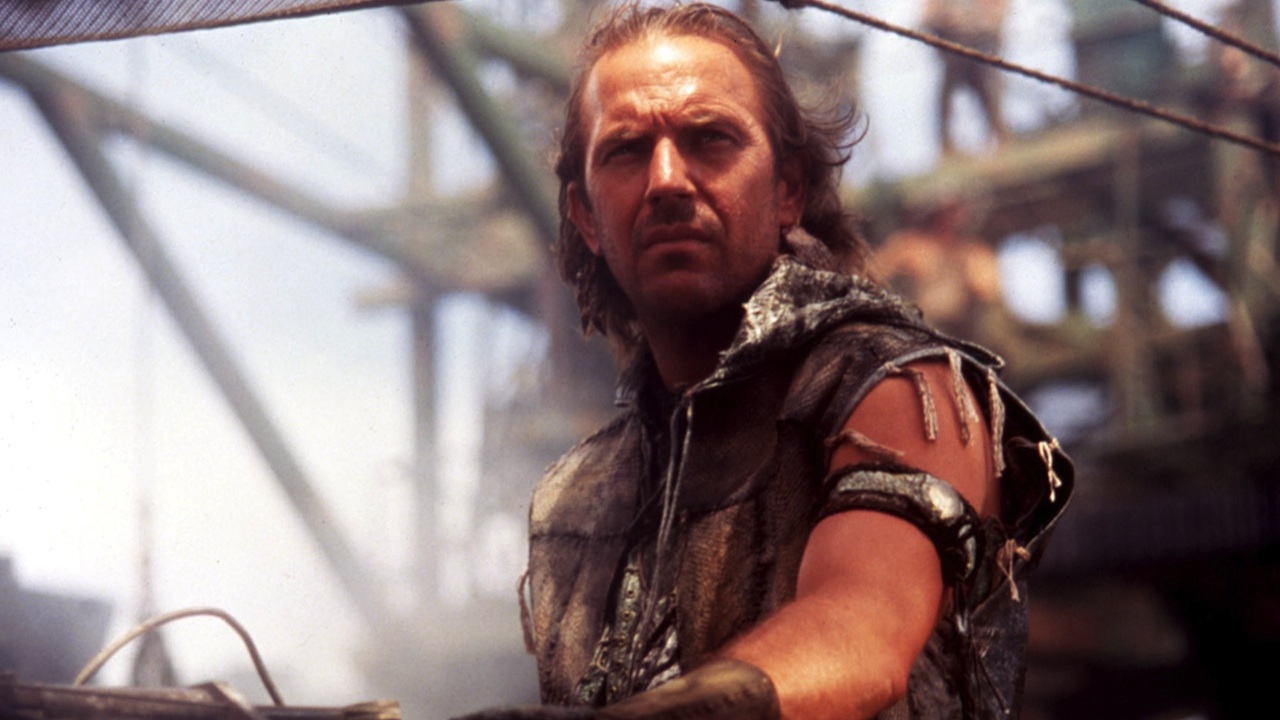 “Water, water everywhere, and recycled urine to drink. The ice-caps have melted, and humans have split into three groups: eco-communities living together on deep-anchored, heavily guarded atolls; piratical ‘Smokers’ monopolizing the scant reserves of oil; and lone mariners sailing in search of trade. Led by the Deacon (Hopper), the Smokers burn out an atoll looking for Enola (Majorino), a girl with a map to the mythical ‘Dryland’ tattooed on her back – but she escapes with the aid of her guardian Helen (Tripplehorn) and a mutant mariner with webbed feet and gills (Costner). After all the expense and negative speculation, the first thing to say about Waterworld is that it works – up to a point. The film inhabits its own brave new world and it’s a real eyeful: witness the rusted techno-junk design of the atoll, the Smokers’ kamikaze jet-ski attacks, and the Mariner’s surprisingly nifty trimaran. Costner’s acrobatic, taciturn hero is a charismatic figure, and his terse, uncomfortable relationship with the two female stowaways is the movie’s dramatic strong point” –Time Out (London)

"this film's floating cowboy of a hero is the Mariner (Kevin Costner), an amphibian hunk who gets to deliver one of the more memorable make-out lines in movie history. 'I'll breathe for both of us,' he offers..."