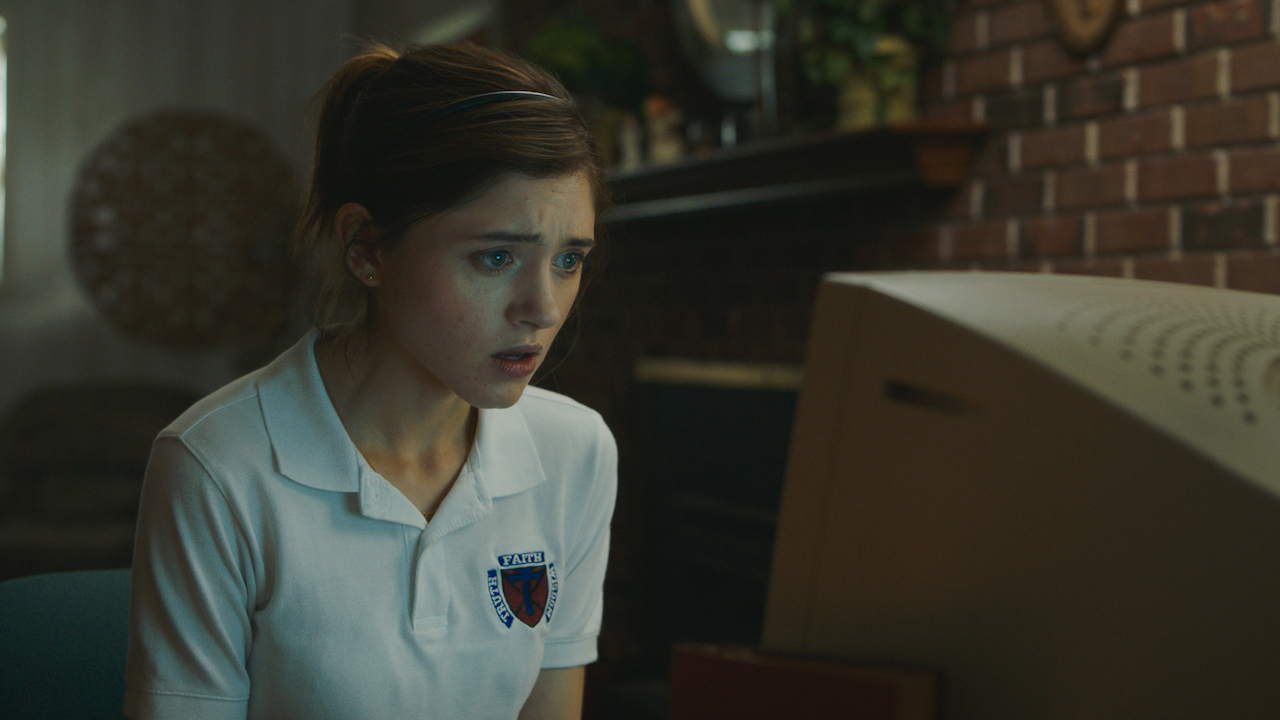 High school is hard, but Catholic school is harder. Alice (Natalia Dyer), a strait-laced student devoted to God, discovers more than she bargained for when an innocent AOL chat turns racy. Struggling with newfound temptation and guilt, Alice attends a mysterious religious retreat. But instead of finding answers, she is confronted with sexual desire from the dreamy star quarterback’s muscular arms to the queen bee’s spicy love affair. Through the roller coaster of emotions and carnal urges, Alice learns when it comes between the forbidden fruit and the word of God, she must decide for herself what to believe to get the release she needs.

“Masturbatory in the best possible way.” – The Hollywood Reporter