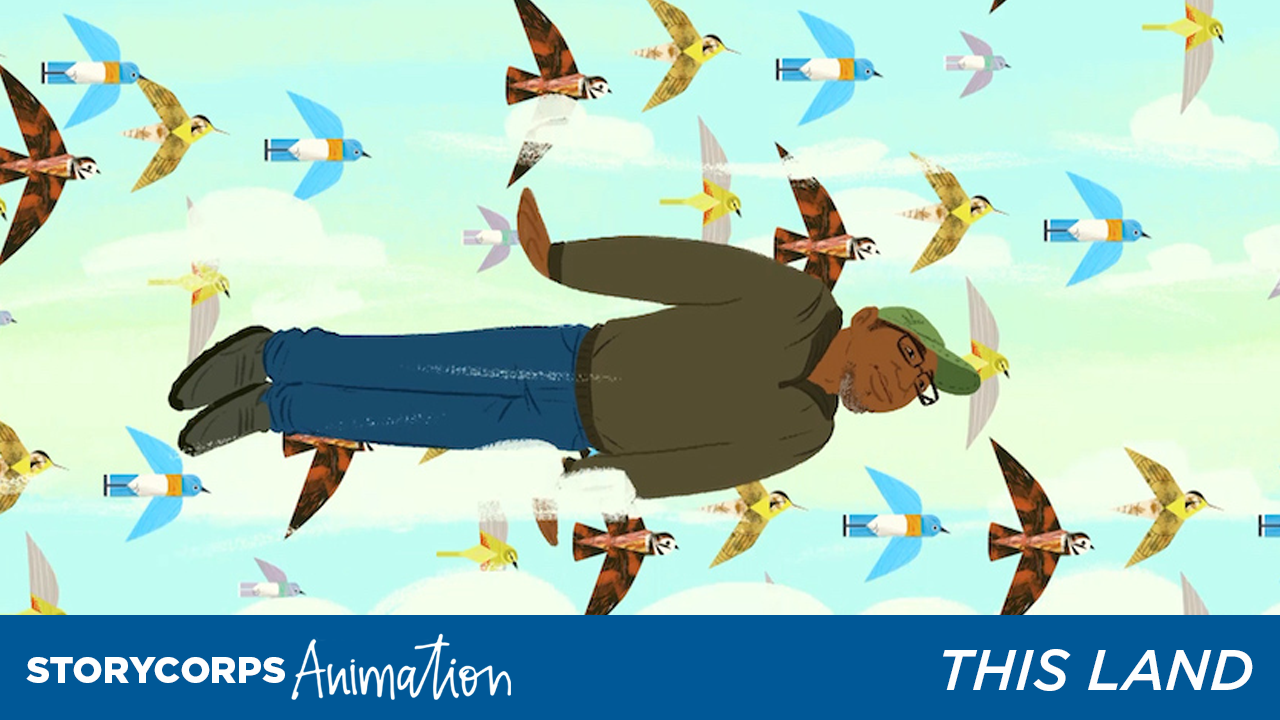 Introducing StoryCorps’ season of animated shorts, This Land. Traveling over land, sea, and sky, these animations will transport you across America.

StoryCorps is an independent nonprofit organization with a mission to preserve and share humanity’s stories in order to build connections between people and create a more just and compassionate world. Visit storycorps.org to learn more, record your own story at storycorpsconnect.org and watch more StoryCorps videos at youtube.com/storycorps.

FRI APR 23 – THU APR 29: Where I Come From (by StoryCorps, directed by Richard O’Connor, 3m) | A lifelong journey working on the American railroad.

FRI APR 30 – THU MAY 6: Learning To Fly (by StoryCorps, directed by Richard O’Connor, 3.5m) | How this birder carries on his family’s legacy.