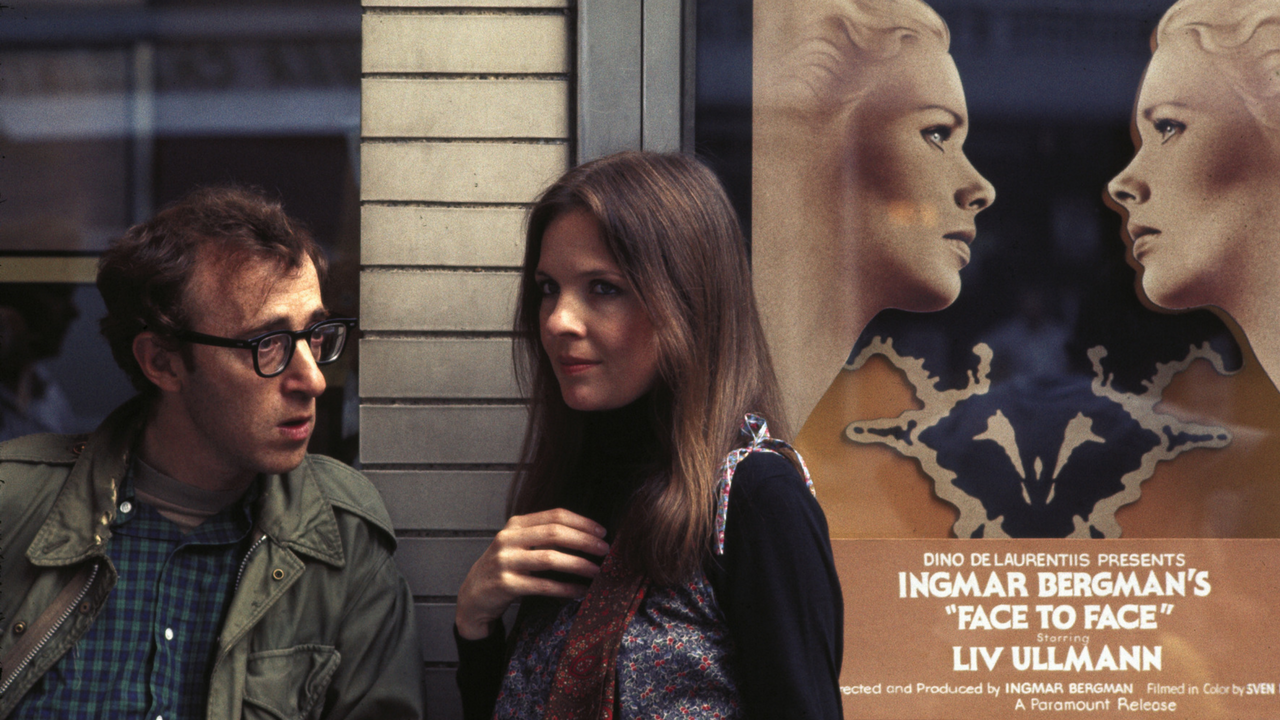 “The script by Allen and Marshall Brickman is loosely structured, virtually a two-character running conversation between Allen and Keaton as they meet, fall in love, quarrel, and break up. Meanwhile, he continues his career as a moderately successful tv-nightclub comic and she develops a budding career as a singer. The unhappy ending, in this case, is an unusually satisfying conclusion, for though the audience comes to love both people, it also comes to respect both of them enough to want them to seek happiness individually.

In his idiosyncratic, comic terms, what Allen is attempting here is not so much different from what his favorite director, Ingmar Bergman, did in “Scenes From A Marriage.” This film could be called “Scenes From A Relationship.” Allen and Keaton go through just about all the emotional changes one could expect from an intelligent contemporary couple, only in this case the anguish is masked by the surface bravery of Allen’s wisecracking and Keaton’s deft retorts.” – Joseph McBride, Variety (1977)