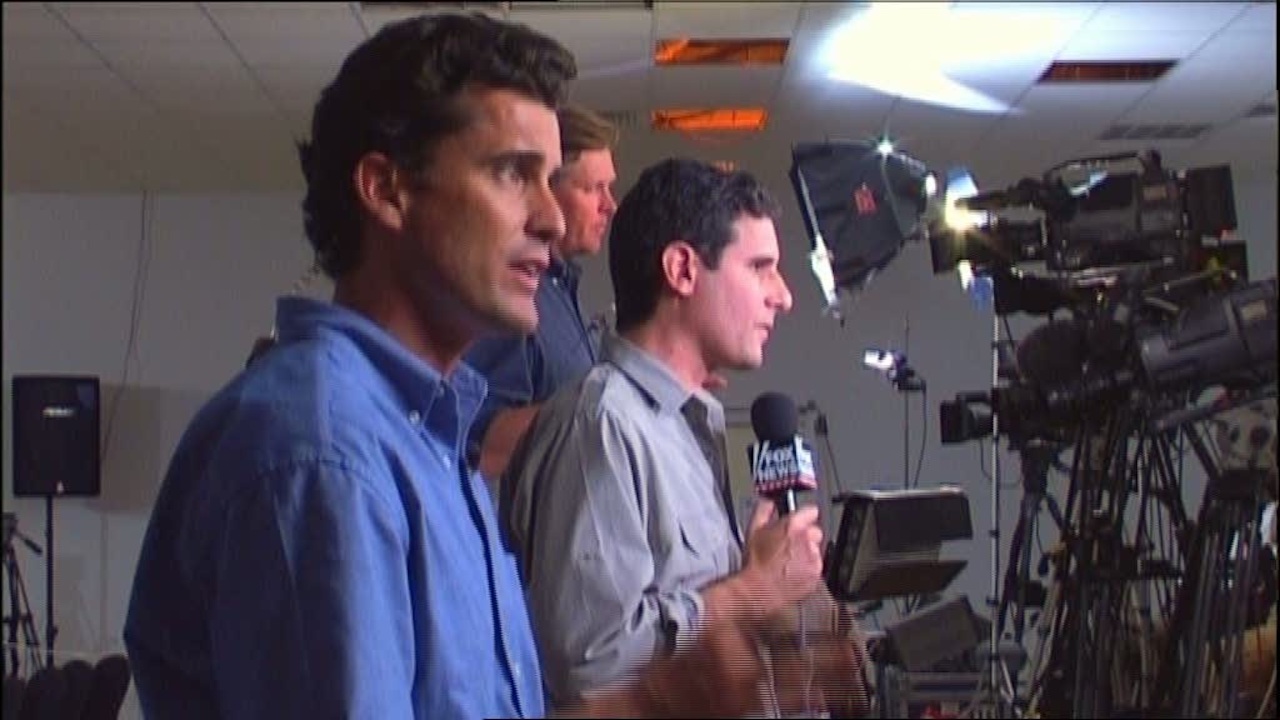 “Last spring, in the days before the war began, Ms. Noujaim and her crew perched like unassuming, many-eyed flies on the walls of CentCom, the makeshift media village in Qatar where the United States military presented its version of events to assembled journalists from around the world. The great value of the impersonal, observational technique Ms. Noujaim employs is that it immerses the viewer in the contingency and complexity of events as they happen. Whatever your opinions about the war, the conduct of the journalists who covered it and the role of Al Jazeera in that coverage, you are likely to emerge from ”Control Room” touched, exhilarated and a little off-balance, with your certainties scrambled and your assumptions shaken. All of which makes it an indispensable example of the inquisitive, self-questioning democratic spirit that is its deep and vexed subject.

In Mr. Rumsfeld’s view, presented in several news clips, Al Jazeera, the most widely viewed source of television news in the Arab world, and one that operates independent of any government, is little more than an instrument of anti-American propaganda. ”We are dealing with people who are willing to lie to the world to make their case,” he declares, brandishing a rhetorical stone inside his glass house. ”Control Room,” while it takes a more sympathetic view of the network, is also attuned to the paradoxes and predicaments, as well as the dangers, its journalists face.

Most of those who appear in the film are skeptical, to say the least, of the Bush administration’s policies, but they also cling to a journalistic ethic of objectivity and fairness, trying to navigate between their political allegiances and the code of their craft. (In its visits with reporters from Fox News, CNN and NBC, the film makes the implicit point that American journalists face similar pressures.) More than that, many of them, forthright in their contempt for the American government, are equally candid in their embrace of the values of free expression and open debate that are in notably short supply in their countries of origin.” — A.O. Scott, The New York Times