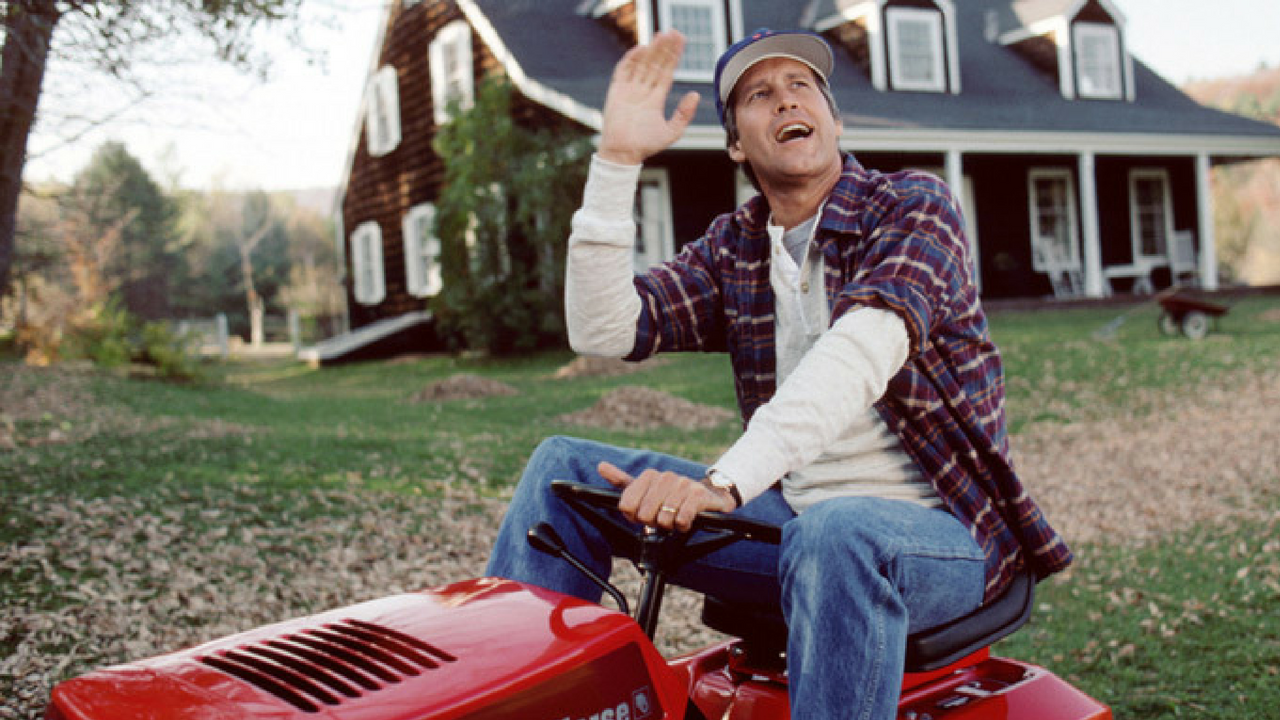 “”Funny Farm” is one of those small miracles that starts out like a lot of other movies and then somehow finds its own way, step after step, to an original comic vision. It’s funny, all right, but it’s more than funny, it’s likable. It enlists our sympathies with the characters even while cheerfully exploiting their faults. And at the end, I had a goofy grin on my face because the movie had won me over so completely I was even willing to accept the final gag about the two ducks.

The movie stars Chevy Chase and Madolyn Smith as a married couple who decide to move to a small New England town so that he can write his novel and they can breathe the fresh country air and mow their own lawn. Chase has been a sports writer for years, but now he figures that with the typewriter placed just exactly right next to the big open window on the second floor overlooking the lawn, conditions will be perfect for the creation of a best seller.

Conditions are not perfect. The birds sing too loudly. The mailman speeds by in a cloud of dust, hurling letters from the window of his pickup. There are snakes in the lake and a corpse buried in the garden, and it costs 20 cents to make a call from the pay phone in the kitchen. And the townspeople, they discover, are drawn more from Stephen King than Norman Rockwell. By wintertime, Chase is withdrawn and bitter, drinking heavily and sleeping past noon, while his wife has sold a children’s novel about a city squirrel who moves to the country and has the same name as her husband.

The final sequence, in which the townspeople are bribed to act “normal,” while Chase hands out Norman Rockwell covers from the Saturday Evening Post for them to admire, has a kind of inspired lunacy that is so fragile you almost don’t want to laugh for fear of breaking the mood.” – Roger Ebert (1988)