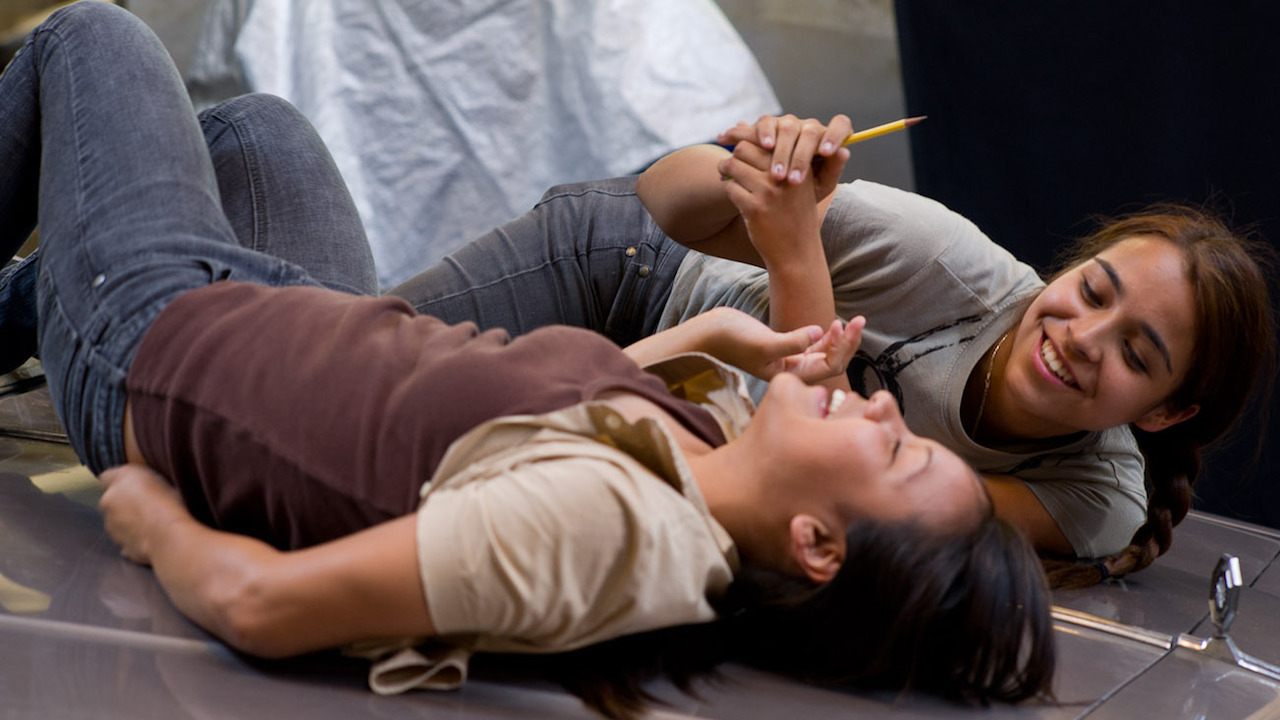 Yolanda Olveros and Mari Rodriguez are high school classmates who discover they live in the same predominantly Mexican neighborhood in Los Angeles. The two teenagers forge a friendship while negotiating the expectations of their migrant parents. The intense social and personal pressures to belong bring them both intimately closer to one another. As visual artist Felipe Baeza, tonight’s guest presenter, notes, “MOSQUITA Y MARI i s not your standard coming out story,” but rather a layered meditation on migration, sexuality, and working-class family life, all themes that are near to Baeza’s personal experience.

Felipe Baeza on MOSQUITA Y MARI:
I chose MOSQUITA Y MARI because it is not your standard coming out story. The film follows two 15 years old girls and through their friendships we see them confront personal and social pressures. Immigration, sexuality, and working class families are just a few themes discussed all of which are near to my personal experience.