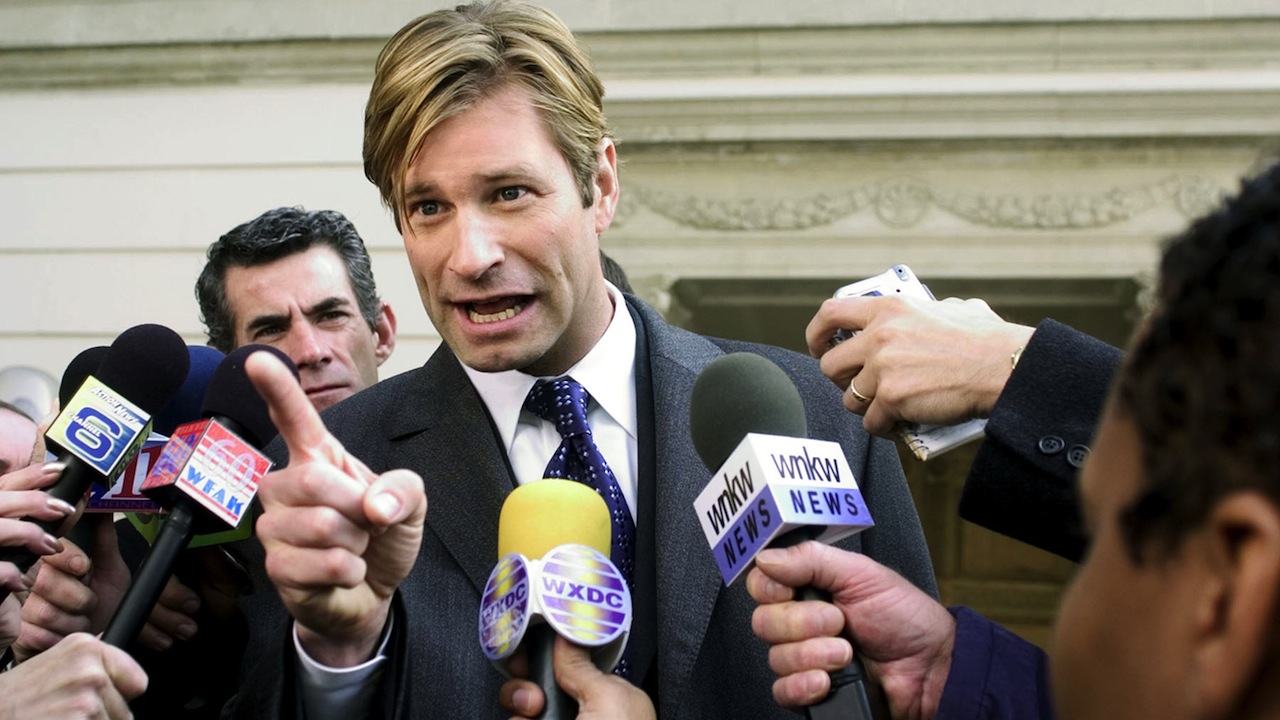 Thank You For Smoking

“Here is a satire both savage and elegant, a dagger instead of a shotgun. THANK YOU FOR SMOKING targets the pro-smoking lobby with a dark appreciation of human nature. It stars Aaron Eckhart as Nick Naylor, a spokesman for the Academy of Tobacco Studies. We meet him on ‘The Joan Lunden Show,’ sitting next to bald-headed little Robin, a 15-year-old boy who is dying of cancer, ‘but has stopped smoking.’ Nick rises smoothly to the challenge: ‘It’s in our best interests to keep Robin alive and smoking,’ he explains. ‘The anti-smoking people want Robin to die.’

“Nick Naylor is a pleasant, good-looking career lobbyist who is divorced, loves his son Joey (Cameron Bright) and speaks to the kid’s class on career day. ‘Please don’t ruin my childhood,’ Joey pleads, but his dad cross-examines a little girl whose mother says cigarettes can kill you: ‘Is your mother a doctor?’ Once a week he dines with the MOD Squad, whose other members are alcohol lobbyist Polly Bailey (Maria Bello) and firearms lobbyist Bobby Jay Bliss (David Koechner). They argue over which of their products kills the most people. The initials MOD stand for ‘Merchants of Death.’

“…Reitman grew up around movies; his father is Ivan Reitman (Ghostbusters, Evolution). But Jason has his own style, sneaky and subtle. Instead of populating his movie with people smoking and coughing and wheezing, he shows not a single person smoking, although the ancient Captain (Robert Duvall), czar of the tobacco industry, holds a cigar like a threat. Eckhart has a good line in plausible corporate villains (see his debut in In the Company of Men), and he is smiling, optimistic, and even trusting (as when he tells girl reporter Katie Holmes things he should know will not be off the record).

“…What I admired above all in THANK YOU FOR SMOKING was its style. I enjoyed the satire; I laughed a lot because it’s a very funny movie, but laughs are common and satire, as we all know, is what closes on “Saturday Night Live.” Style is something modern movies can’t always find the time for.” -Roger Ebert