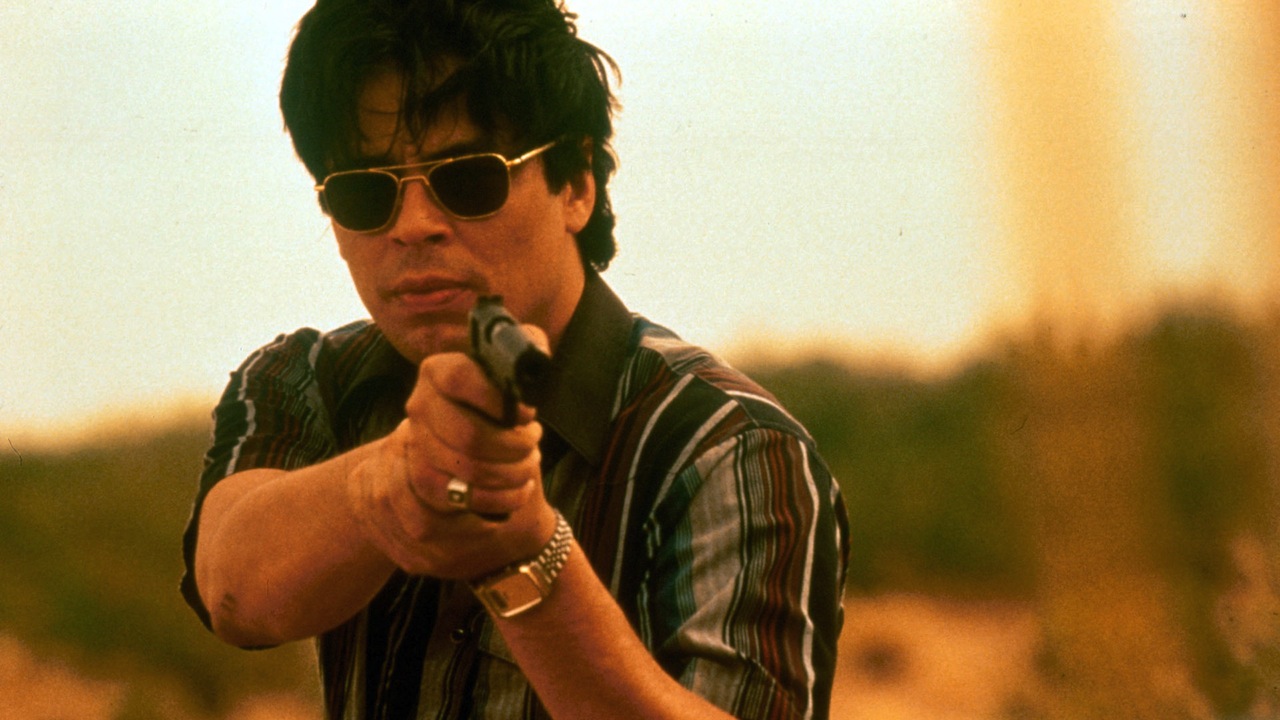 “Steven Soderbergh’s great, despairing squall of a film, TRAFFIC, may be the first Hollywood movie since Robert Altman’s Nashville to infuse epic cinematic form with jittery new rhythms and a fresh, acid-washed palette.

“The agitated pulse of the hand-held camerawork (by the director working under a pseudonym) that roughly elbows its way into the center of the action is perfectly suited to the film’s hard-boiled subject, America’s losing war on drugs. The color scheme sandwiches a few lush patches between sequences filmed in two hues — an icy blue and a sun-baked yellow-orange — that are as visually discordant as the forces doing battle.

“Where Mr. Altman’s masterpiece portrayed American culture as a jostling, twangy carnival of honky-tonk dreams, TRAFFIC is a sprawling multicultural jazz symphony of clashing voices sounding variations of the same nagging discontent. The performances (in English and Spanish), by an ensemble from which not a false note issues, have the clarity and force of pithy instrumental solos insistently piercing through a dense cacophony.

“The characters run the social gamut, from affluent United States government officials and wealthy drug lords on both sides of the United States border with Mexico and their fat-cat lawyers, to the foot soldiers doggedly toiling in a never-ending drug war.

“The most indelible performances belong to Benicio Del Toro as a burly, eagle-eyed Mexican state policeman of pluck and resourcefulness who has the street smarts to wriggle out of almost any squeeze; Michael Douglas, as a conservative Ohio Supreme Court Justice who is appointed the country’s new drug czar, and Erika Christensen, as his sullen drug-addicted teenage daughter. Catherine Zeta-Jones is also riveting as a wealthy, ruthless, Southern California matron who is unaware that her husband is a high-level drug smuggler until he is dragged out of their house by federal agents…What these stories add up to is something grander and deeper than a virtuosic adventure film.” –New York Times