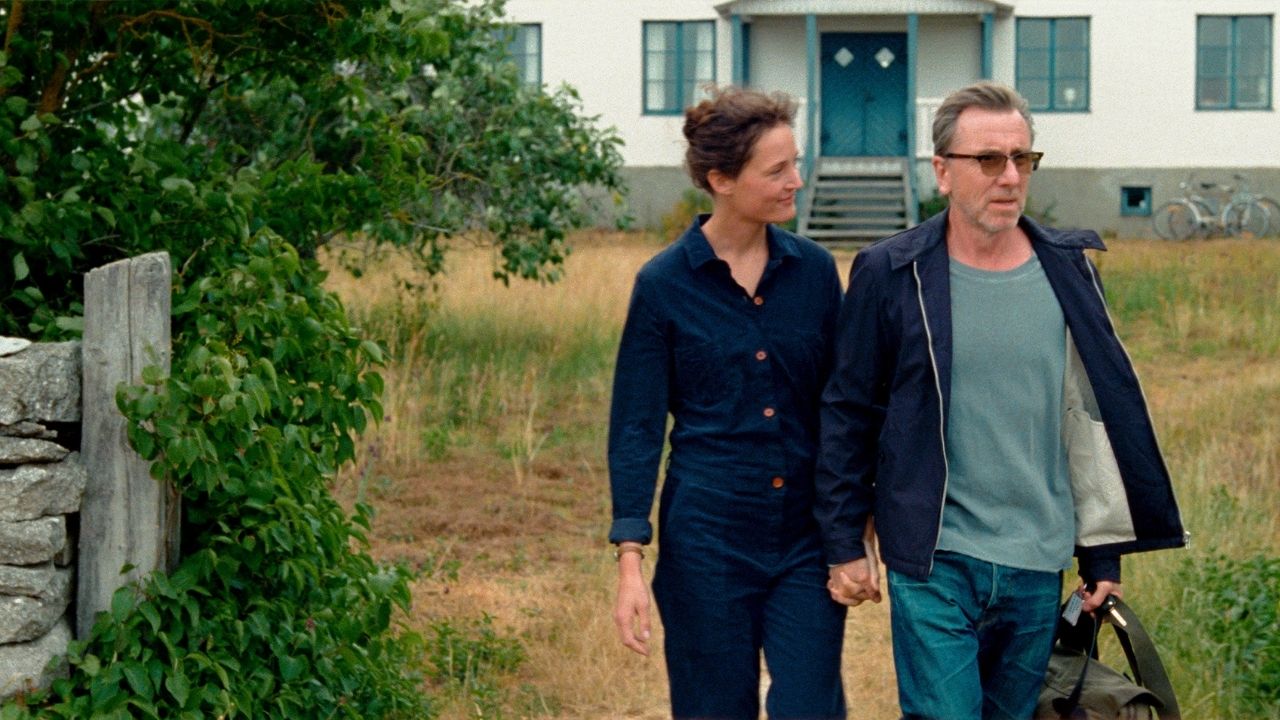 Sneak preview on Thursday October 14 at 7pm – Screening as part of our series Fårö and Other Edens: Films by Ingmar Bergman and Mia Hansen-Løve . Screening includes the short BERGMAN’S GHOSTS (2021, Gabe Klinger, 4 min), a meditation on Fårö featuring Mia Hansen-Løve and the island’s noted “Bergman Safari” tour, shot during the production of BERGMAN ISLAND.

A filmmaking couple living in America, Chris (Vicky Krieps) and Tony (Tim Roth),retreat to the mythical Fårö island for the Summer. In this wild, breathtaking landscape where Bergman lived and shot his most celebrated pieces, they hope to find inspiration for their upcoming films. As days spent separately pass by, the fascination for the island operates on Chris and souvenirs of her first love resurface. Lines between reality and fiction will then progressively blur and tear our couple even more apart. An IFC Films Release.