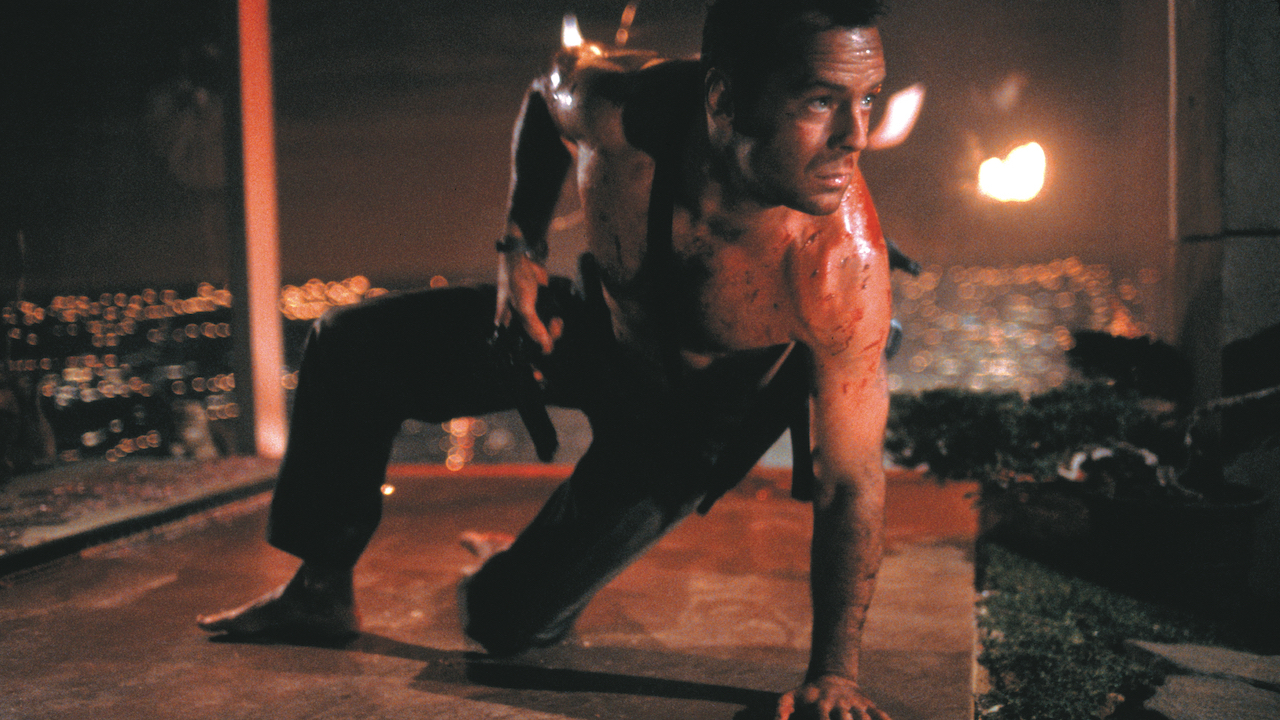 “A hi-tech thriller with a human heart, offering slam-bang entertainment on a par with Lethal Weapon or Aliens. On Christmas Eve, visiting New York cop McClane (Bruce Willis) enters the high-rise LA office block where his estranged wife works, not realising that it has already being taken over by sadistic smoothie Hans Gruber (Alan Rickman) and his ruthless terrorists. Inside the building, having taken wife (Bonnie Bedelia) and celebrating colleagues hostage, the gang tries to crack open the Nakotomi corporation’s computerised vault; outside, LA cops and FBI agents squabble over jurisdiction, while opportunistic TV reporters gather like jackals; it’s up to McClane, having established a chance radio link with a passing patrolman (Reginald Veljohnson), to use the building’s 39 empty floors, lift shafts, and heating ducts to improvise diversionary tactics. McTiernan excels in the adrenalin-inducing action scenes, staging the murderous mayhem and state-of-the-art violence as if he were born with a camera in one hand and a rocket launcher in the other.” – Time Out (London)

Previously screened as part of our Winter 2019 season of Waverly Midnights: Late-Night Favorites.