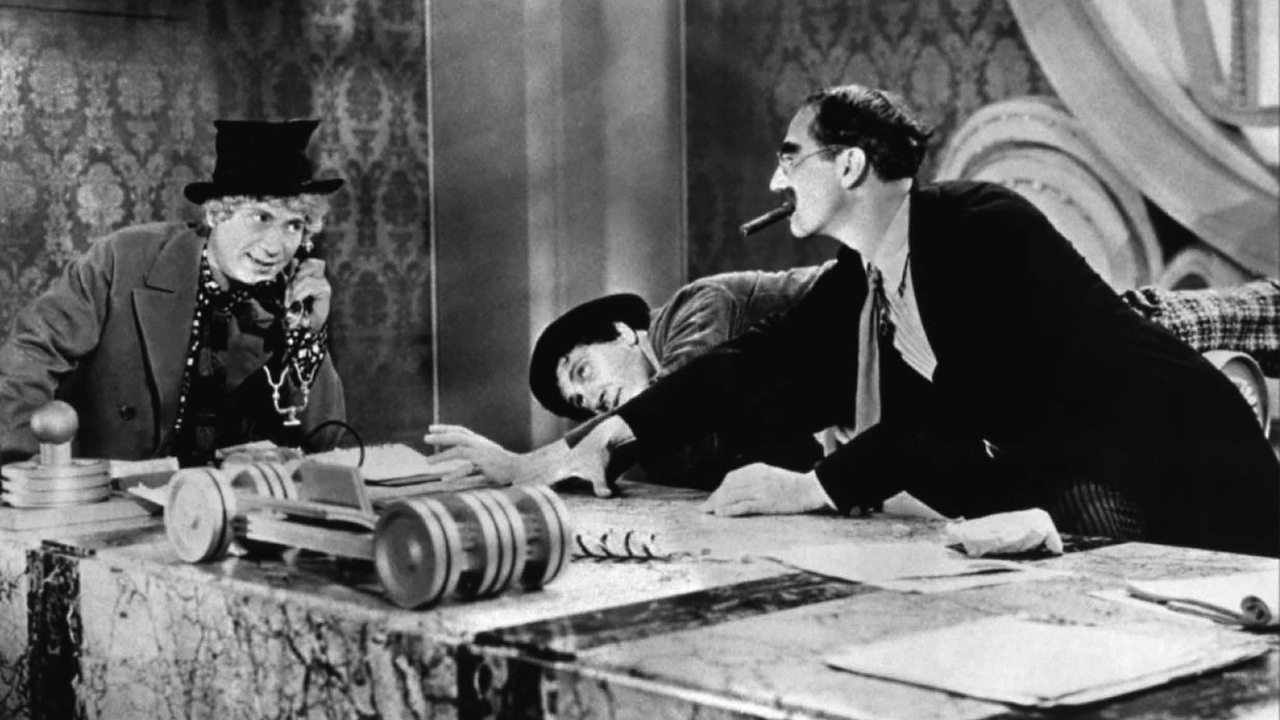 “The plot sees Groucho playing Rufus T Firefly, the populist revolutionary who takes charge of the remote nation of Sylvania and is pursued by a pair of spies played by Chico and Harpo. But all this is secondary to a series of wildly elaborate set-pieces – the mirror scene is perhaps the greatest physical comedy routine in slapstick history – and mind-scramblingly relentless one-liners (‘I got a good mind to join a club and beat you over the head with it!’). Genius just about covers it.” –Time Out (London)