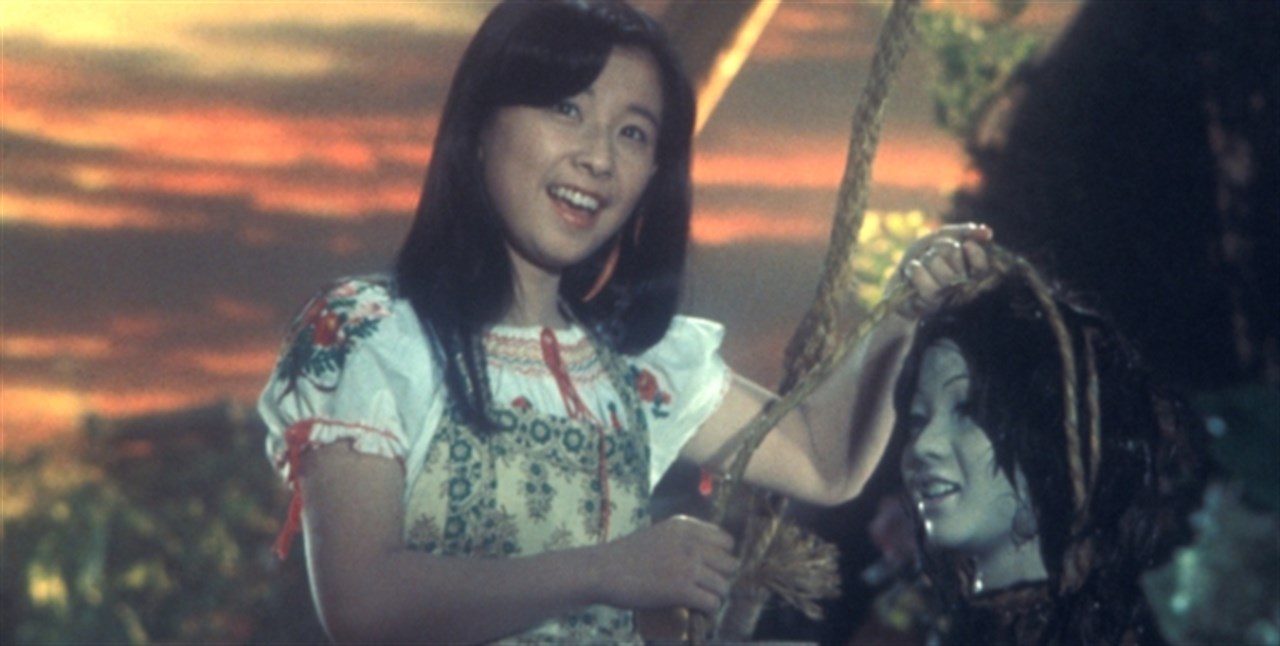 At once absurd and nightmarish, HOUSE is steeped in the imperturbable illogic of a child’s dreams. And no wonder—the director fashioned the script after the eccentric musings of his eleven-year-old daughter, then employed all the tricks in his analog arsenal (mattes, animation, collage and more) to make them a visually astonishing, raucous reality.

“My language cannot do justice to [HOUSE]. You’d have to imagine Pee-wee’s Playhouse with a witch that eats schoolgirls, only amped up by a factor of 100.” – David Edelstein, New York Magazine

“Shot with so much visual panache and mid-70s excess that it comes off like Ringu on a Pixy Stix-fueled hug-a-thon … a brain-rattling delight.” – Austin Chronicle