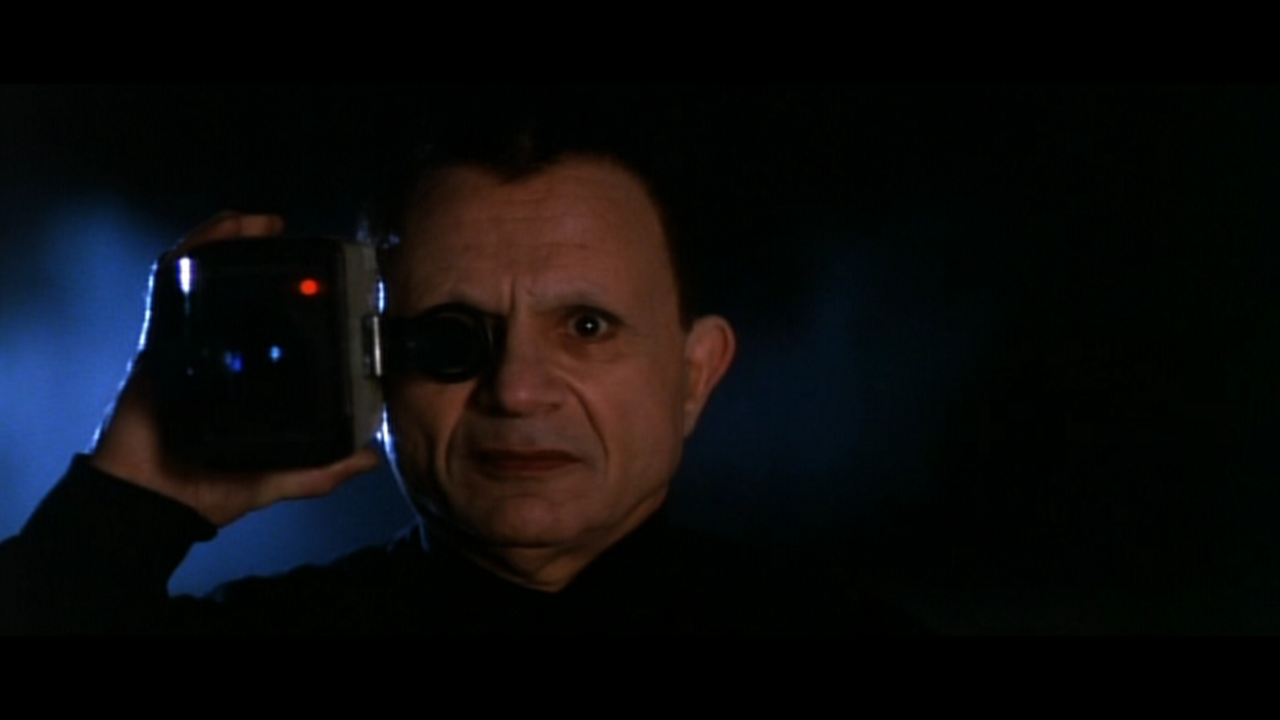 “This 1996 feature was Lynch’s most audacious break from conventional narrative since Eraserhead. The enigmatic plot, shaped like a Möbius strip, concerns a jazz musician (Bill Pullman) who inexplicably changes into a much younger garage mechanic (Balthazar Getty) after possibly killing his wife (Patricia Arquette). The wife seems to have been reincarnated as a gangster’s girlfriend (Arquette again), who pursues the mechanic… this beautifully structured (if rigorously nonhumanist) explosion of expressionist effects has a psychological coherence that goes well beyond logical story lines, and Lynch turns it into an exhilarating roller-coaster ride. With Robert Blake (as Arquette’s eerie doppelganger), Gary Busey, Lucy Butler, Robert Loggia, Jack Nance, and Richard Pryor in a somewhat out-of-kilter cameo.” – Jonathan Rosenbaum