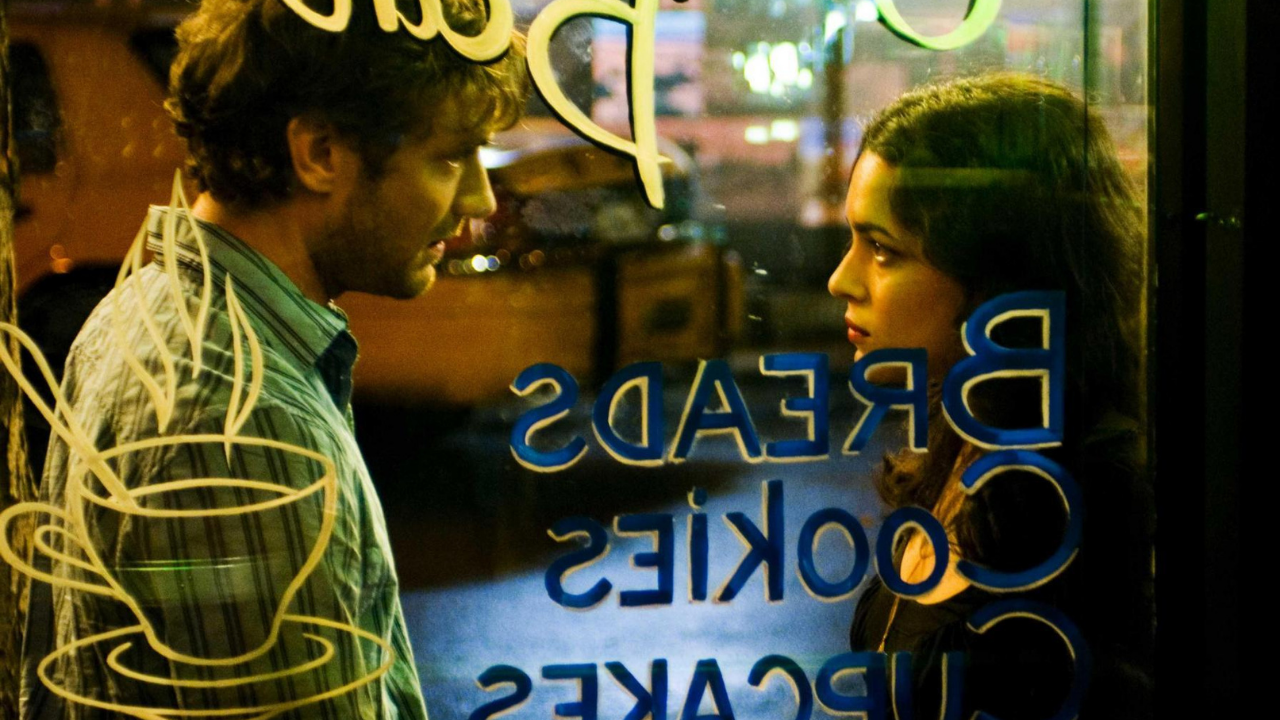 “Two important things are going on with Wong Kar-wai, the writer-director of MY BLUEBERRY NIGHTS. The first is that his sensibility is wildly romantic – not unrealistic, not maudlin, not pie-in-the-sky, but full of feeling and always valuing human emotion and interaction above anything else. The second is that he’s committed to replicating, in visual terms, what it’s like to feel passion. So his emotions are huge, but his compulsion to re-create that consciousness is clinical, controlled and incisive. This combination of heat and intellectual distance is Wong Kar-wai in a nutshell.

Unlike most American directors, he has not gotten over the human face. There’s a scene in which Norah Jones, as a heartsick young woman, is sleeping with her head on a counter, and Jude Law, who runs the local diner, is looking at her. It’s the moment he’s falling in love, and Wong just leaves the camera n Jones’ face, until we, too, start to marvel at it.” – Mick LaSalle, San Francisco Chronicle