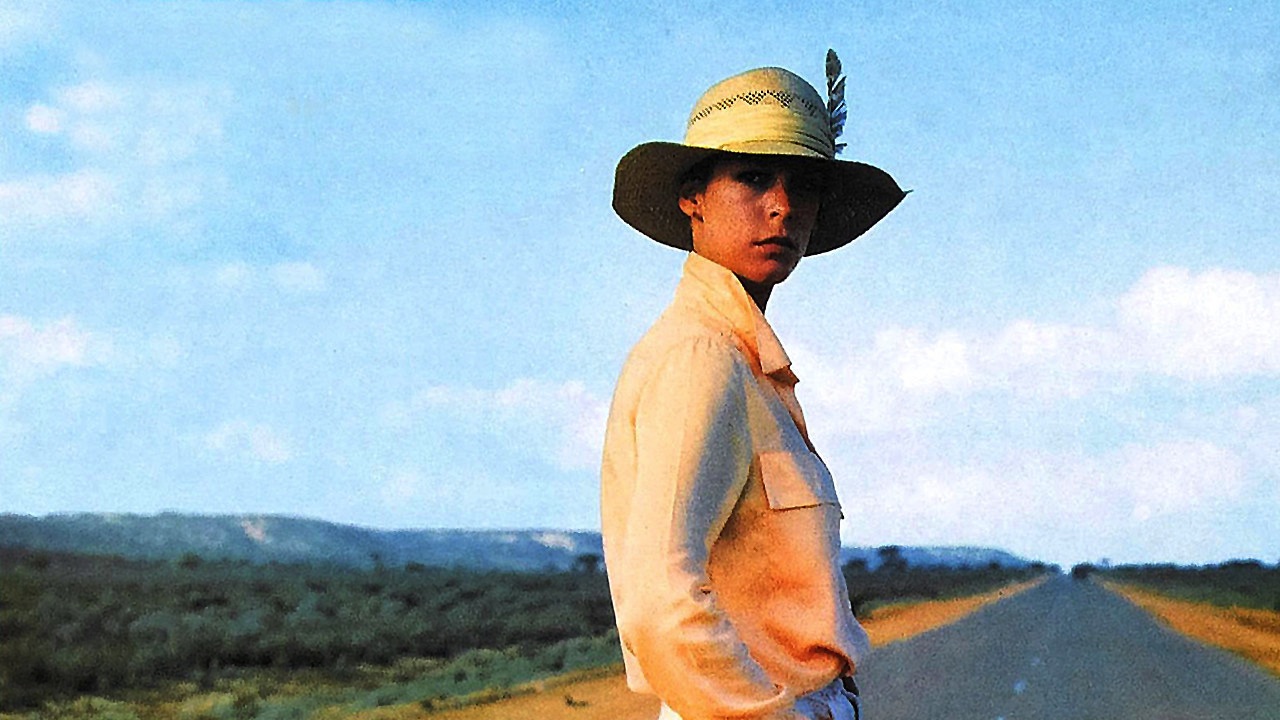 “Alfred Hitchcock had many appreciators and imitators, but few directors could legitimately claim to being a true ‘student’ or ‘scholar’ of the master of suspense. Australian filmmaker Richard Franklin was a rare exception… Franklin’s magnum opus, and his most distinctively Hitchcockian film, was 1981’s ROAD GAMES.

“The story follows sleep-deprived truck driver Pat (Stacey Keach) as he travels from Melbourne to Perth transporting a load of pigs. We are told little about him but enough to know he’s not your average truckie. ‘Just because I drive a truck, doesn’t mean I’m a truck driver,’ says the erudite American, who feeds the hitchhikers he picks up – among them Pamela (Jamie Lee Curtis) – with anecdotes and running commentary. Pat watches people on the road and invents stories about them. But the most sinister narrative comes to him: Pat notices a man driving a green van who checks into a motel with a good-looking young woman and takes the last available room.

“In a heavily stylised scene, beautiful yet perverse, like a moment from a Dario Argento or Lucio Fulci film, the woman is murdered with a guitar string. Pat wakes up and sees his pet dingo sniffing at the garbage and the man from the van, obscured by curtains, watching as the rubbish is collected.

“…Pitched to Jamie Lee Curtis as “the Alfred Hitchcock of Australia”, Franklin (who spent his later years as a lecturer in Melbourne and passed away in 2007) was one of Australian cinema’s greats. ROAD GAMES ends close to the structure of Rear Window … but there are plenty of splashes of ingenuity on the way.” –The Guardian

"You could remake ROAD GAMES tomorrow and not change a damn word for it and it would scare the hell out of everybody. It's an amazing movie."