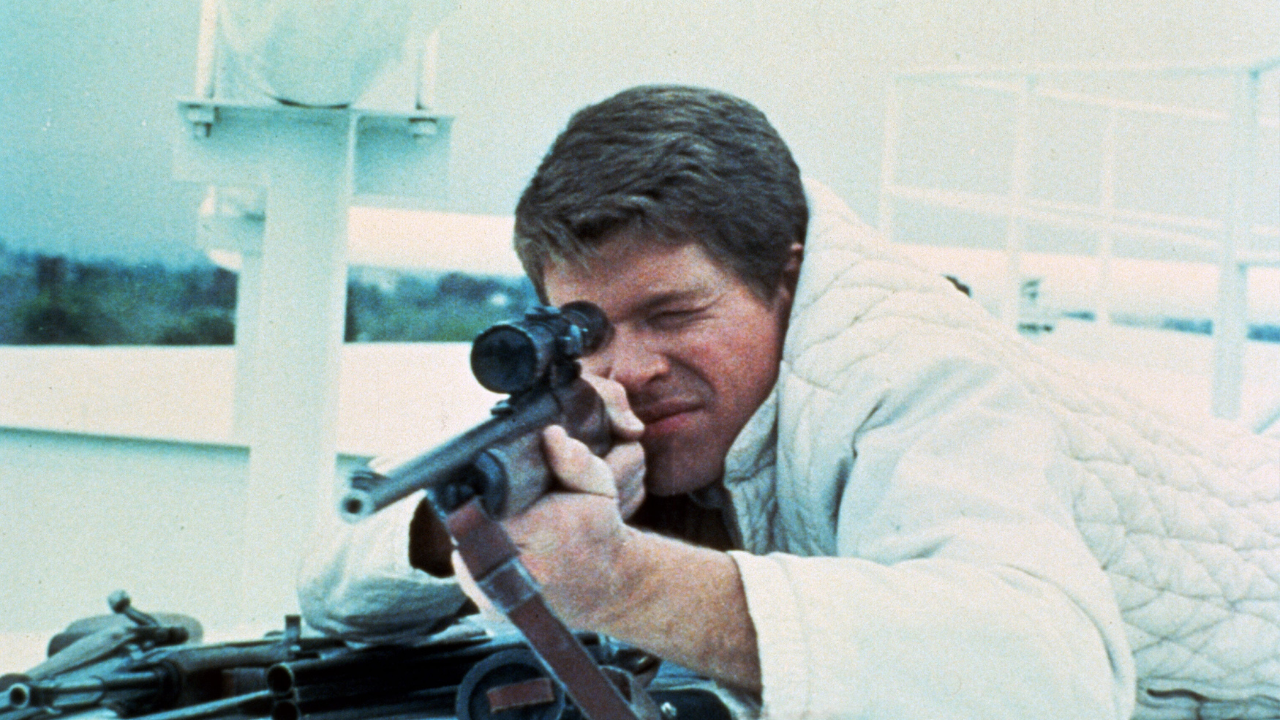 The script, by Bogdanovich and his then-wife, Polly Platt, was inspired by the 1966 shooting spree of Texas Tower sniper Charles Whitman. Karloff, as Byron Orlock, more or less plays himself: an aging horror star, consigned to low-budget drive-in fare. Unlike the workaholic Karloff, Orlock wants to retire from films, noting that his movies seem inconsequential in light of the real-life horrors occurring every day. As Bogdanovich, playing young-and-hungry director Sammy Michaels, desperately tries to convince Orlock to star in just one more picture, the film’s attentions shift to Vietnam veteran Bobby Thompson (Tim O’Kelly). An otherwise amiable, normal-looking lad, Bobby seems to harbor an inordinate fascination with guns, particularly high-powered rifles. One bright and sunny morning, Bobby suddenly and unexpectedly shoots and kills his wife, his mother, and an unlucky delivery boy. He leaves behind a note confessing to these crimes, noting that, while he fully expects to be captured, many more will die before the day is over. From this point onward, the film switches from Bobby’s day-long bloodbath (from the vantage point of an oil storage tank, calmly picking off passing freeway motorists) to Orlock’s grumbling preparations to make a personal appearance at a local drive-in movie. Inevitably, Bobby also shows up at the drive-in, hiding himself behind the huge screen and shooting down the patrons as they sit complacently in their cars, watching the latest Byron Orlock film (actually The Terror, in which Karloff also starred). Once the reality of the situation sets in, panic ensues, leading to the ultimate confrontation between the escaping Bobby and the bewildered Orlock.