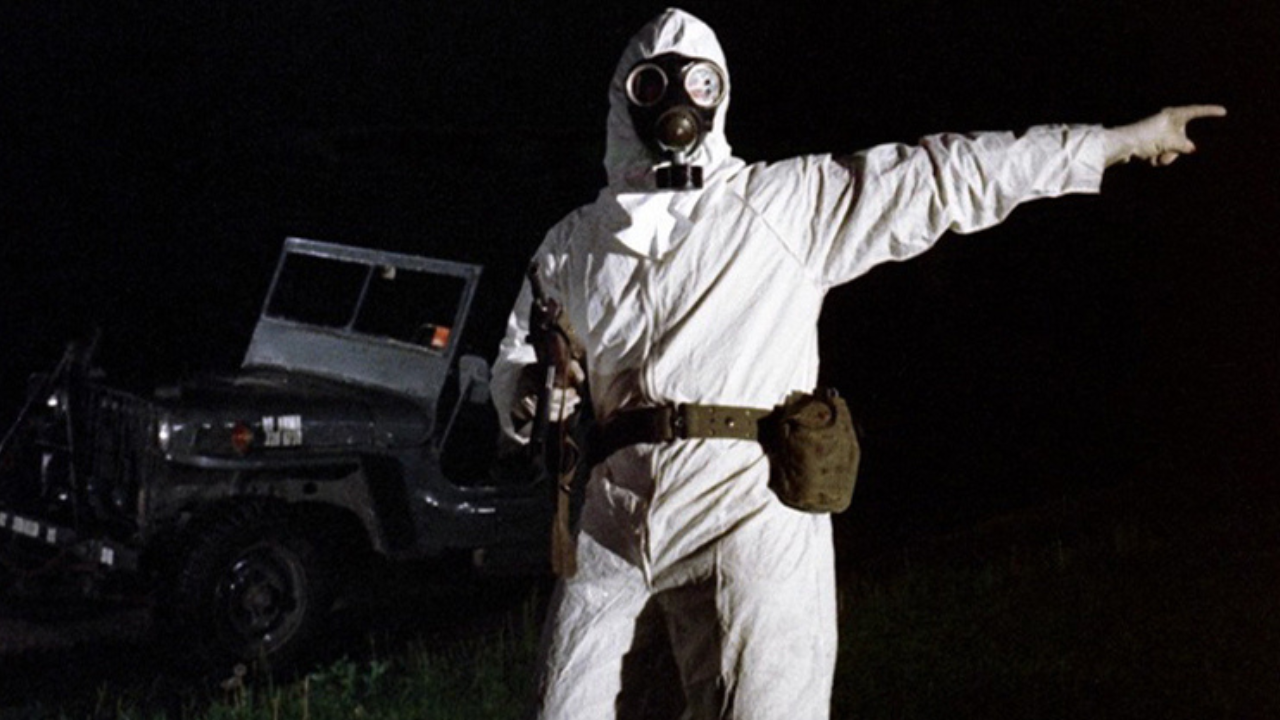 After reinventing the zombie film with NIGHT OF THE LIVING DEAD, George Romero made his first color horror film THE CRAZIES, another social commentary cloaked in exploitation trappings about a small Pennsylvania town decimated by the accidental release of a dangerous biochemical weapon in the water supply (thanks to a crashed truck.)

Though not an official part of Romero’s ongoing DEAD series, THE CRAZIES still fits in just fine thanks to its depictions of normalcy shedding apart from the inside and a ruthless but incompetent military ultimately driven by self-interest — themes which would reach their most crystallized version in DAY OF THE DEAD.” (Nathaniel Thompson, Mondo Digital)