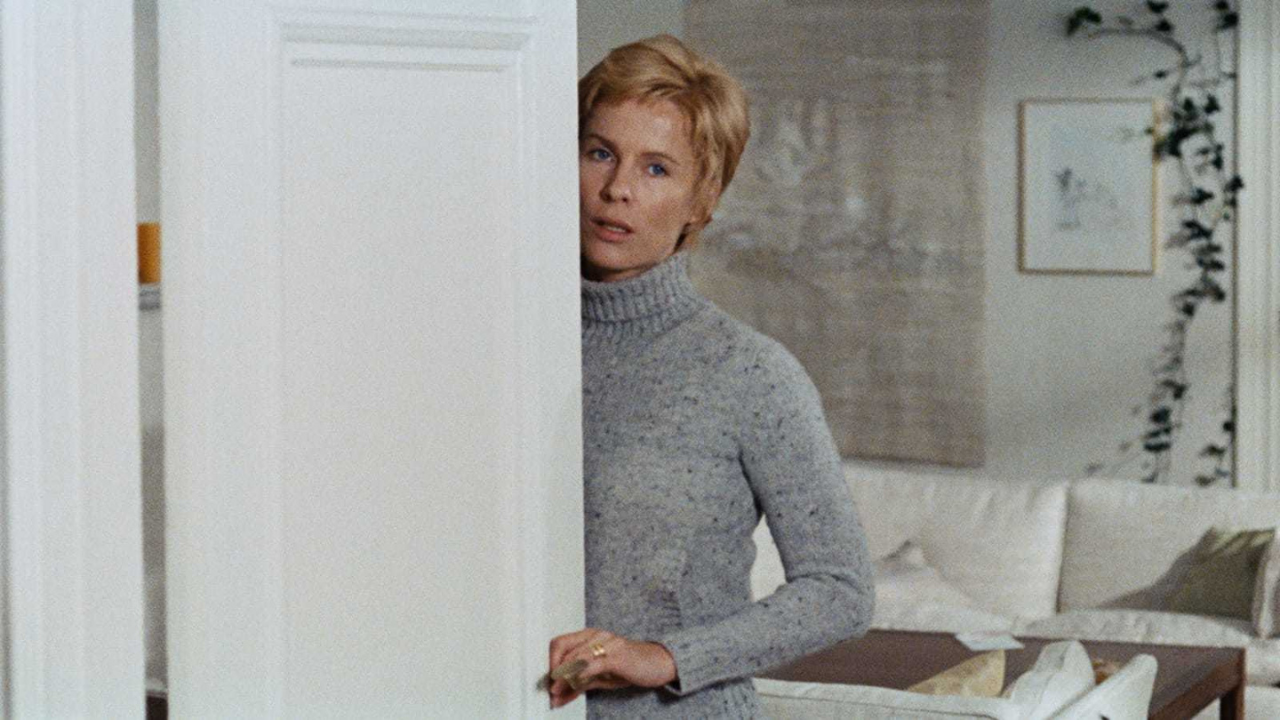 From Mia Hansen-Løve’s introduction to a screening of THE TOUCH at the Telluride Film Festival:

“When Julie Huntsinger proposed that I introduce a film of Bergman’s during the festival I didn’t hesitate for a minute. I think all filmmakers have a special bond to a few films which obsess them almost like in a love relationship. You always go back to these films. Among the movies which I have this kind of bond to, there is Rohmer’s Le Rayon Vert. And there is The touch by Ingmar Bergman.

“It’s the story of a passion between Karin (played by Bibi Anderson) and David (played by Elliott Gould). The story of a love that is doomed to fail not only because Karin is married but even more because of the self-destructive personality of David – an archeologist consumed by the memory of the Shoah. Although the feelings that the film deal with are complex (it wouldn’t be a Bergman film otherwise),  there is in this story, in the emotions that it brings, a simplicity and above all a sensuality which for me distinguishes it from his other films. Bergman has never come so close to physical love, he never looked at the shared desire in such a head-on way. Formally the film may look modest compared to some others but I think it’s part of what makes it one of his most moving. The film expresses something absolute that has to do with sexual love that it brings up without filters, in a very raw way.

“I have heard that the relationship between Bergman and Elliott Gould on the set was not so good, I find that interesting because the film’s strength has to do with Elliott Gould’s intense, volcanic presence, and with his sex appeal. To me Elliott Gould’s qualities have the effect of bringing up a dimension of Bergman’s own personality that his other actors could not reveal. It feels like the fact Elliott Gould was an American allowed Bergman to tell us things about himself he could not express in Swedish.

“I was saying earlier that The Touch was not his most formally inventive film – it’s still deeply audacious. Just to give an example, let’s mention the sublime opening scene between Karin and her dead mother – apparently disconnected from the rest – as well as the extraordinarily unconventional, astonishing last cut.

“Before you watch the film I’d also like to bring to your attention the song Bergman uses many times, Jan Johansson’s version of Liksom en Herdinna. It fits so beautifully with the mood of the film – its dark innocence, its sensual melancholy. It’s one of my favorite pieces of film music, the kind of melody that can haunt me for months.

“And finally…  You may be interested to know that the town where the film was shot is Visby. Visby is the capital of Gotland, which is the big island close to Farö, both being in the middle of the Baltic Sea. When you live in Farö that’s basically where you go if you go to the city.  As far as I know it’s the only time Bergman filmed it. The fact that The Touch takes place here, not on the somehow more abstract Farö but in the town that must have been part of his life in its more down-to-earth dimensions, matches perfectly with the idea that The Touch is one of his most direct and intimate films.

“I wasn’t aware that the film was shot in Visby until I saw it again a couple of weeks ago. When I recognized the ramparts and the medieval streets of Visby in the first shots of the film, it almost made me cry. That gives you an idea of the impact the film still has on me but also of how much  I became attached to Bergman’s territory – almost like I am to the memories of my own childhood.”

Screening in the series Fårö and Other Edens: Films by Ingmar Bergman and Mia Hansen-Løve (Oct 12-13) and in Weekend Classics: Bergman on Fårö (Oct 22-24).