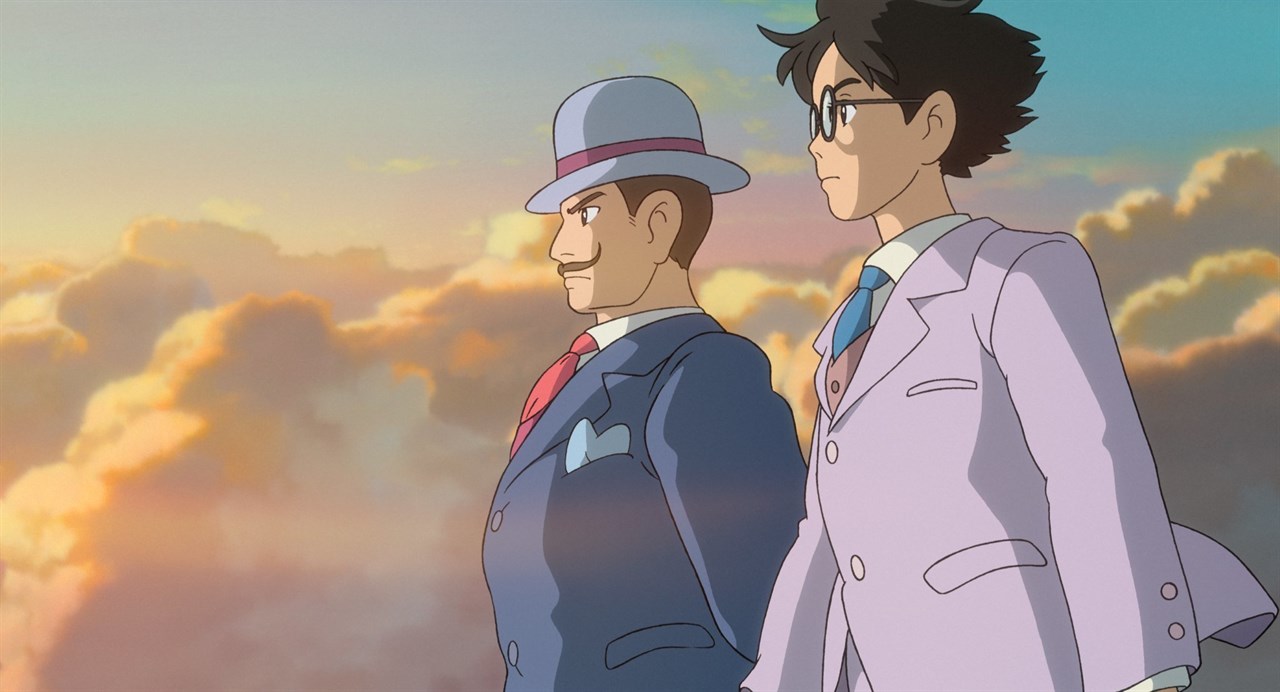 “Dreams are hard work. They require blueprints, scaffolding, and a lot of man-hours. No one knows that more than animation maestro Hayao Miyazaki, who has invested decades of meticulous craftsmanship in putting the delicate and effervescent creations of his imagination (Spirited Away, My Neighbor Totoro) onto the screen. Perhaps that’s why Miyazaki feels such a kinship with Jiro Horikoshi, the early-20th-century aeronautical engineer who also spent much of his existence hunched over a drafting table making his flights of fancy a reality, and whose life serves as the basis for THE WIND RISES.

“As gorgeously animated as any of his previous movies, WIND has Miyazaki trading in his more fantastical impulses for contemplative, old-fashioned drama and period detail. Horikoshi’s high-altitude childhood dreams are rendered with typical visual inventiveness, but most of the film straightforwardly chronicles his professional and personal pursuits of designing functional WWII aircraft for Mitsubishi and attending to his tubercular wife. Horikoshi’s masterwork, the Zero dogfighter, was a key asset in Japan’s wartime brigade, eventually used in kamikaze attacks. The film doesn’t shy away from the darker consequences of the protagonist’s creations, while still trying to sift out the artistic value of his work. Miyazaki has said he was inspired to make WIND after reading this quote from Horikoshi: ‘All I wanted to do was to make something beautiful.’ If the 72-year-old director had the same goal, he’s succeeded.” – Entertainment Weekly