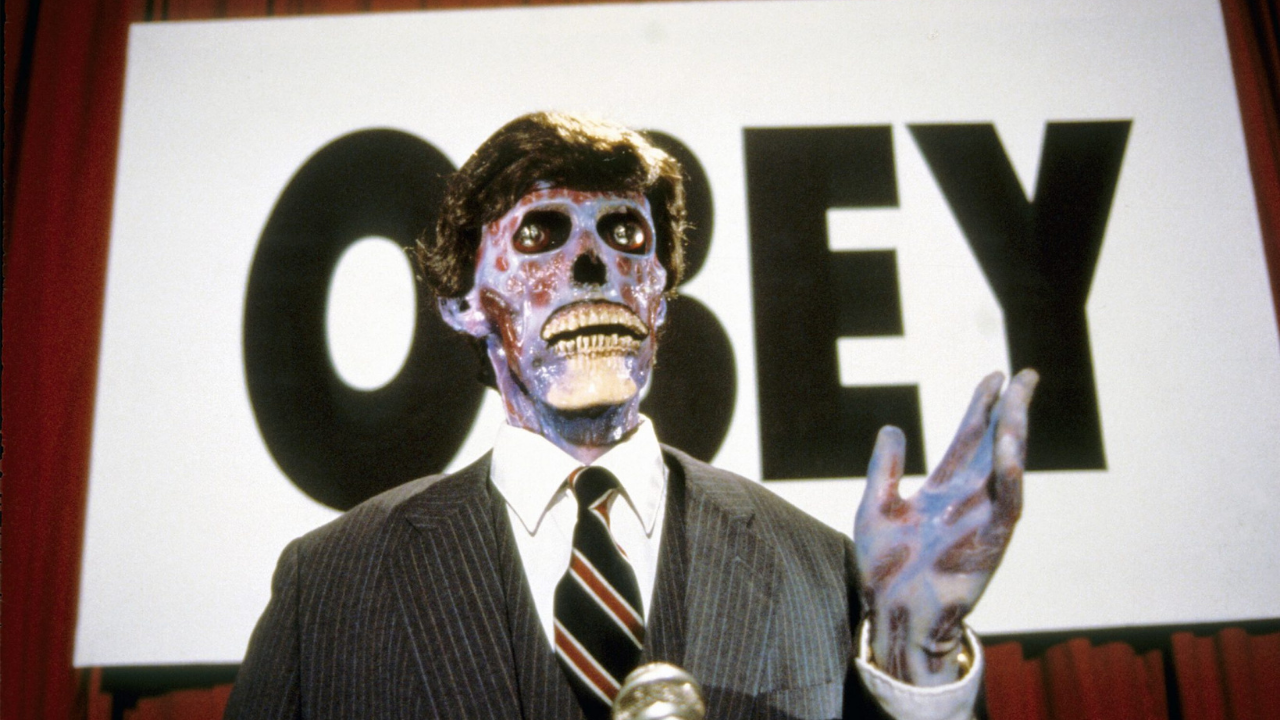 “I have come here to chew bubblegum and kick ass… and I’m all out of bubblegum,” warns L.A. drifter John Nada (wrestling superstar Rowdy Roddy Piper) after discovering a plot to enslave the American masses. Special glasses show him subliminal messages (“Submit!”) that reptilian aliens (disguised as Gordon Gekko-esque yuppies) are transmitting through TV, magazines, billboards and movies. It’s up to Nada and friend Frank (Keith David) to expose the conspiracy—but not before one of cinema’s longest, greatest fight scenes—in Carpenter’s still-prescient sci-fi satire.