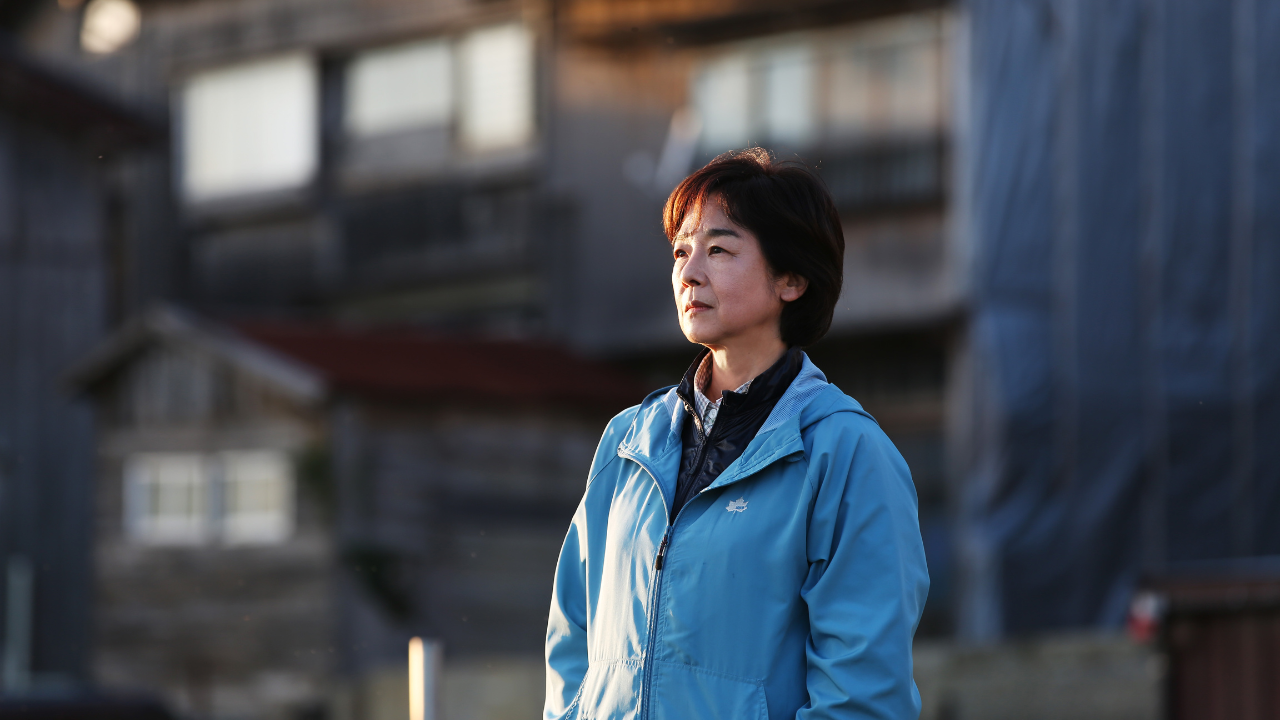 Thousand and One Nights

A gently paced character-study of two women brought together by their shared experience of husbands who have gone missing, Thousand and One Nights is set in a beautiful port town on a remote northern island. Thirty years have passed since Tomiko’s husband suddenly disappeared. She still doesn’t know why he disappeared or if he is still alive. She fends off the overtures from Haruo, a local fisherman, as she keeps waiting for his return, holding on to the small memories of her beloved. Then she meets Nami, a younger woman, whose husband also disappeared, two years ago. The women connect over their shared loss, as Nami searches for the reason why her husband “disappeared” in order to come to terms with her situation and move on. Then, Tomiko happens to see Yoji, Nami’s missing husband, on the street…