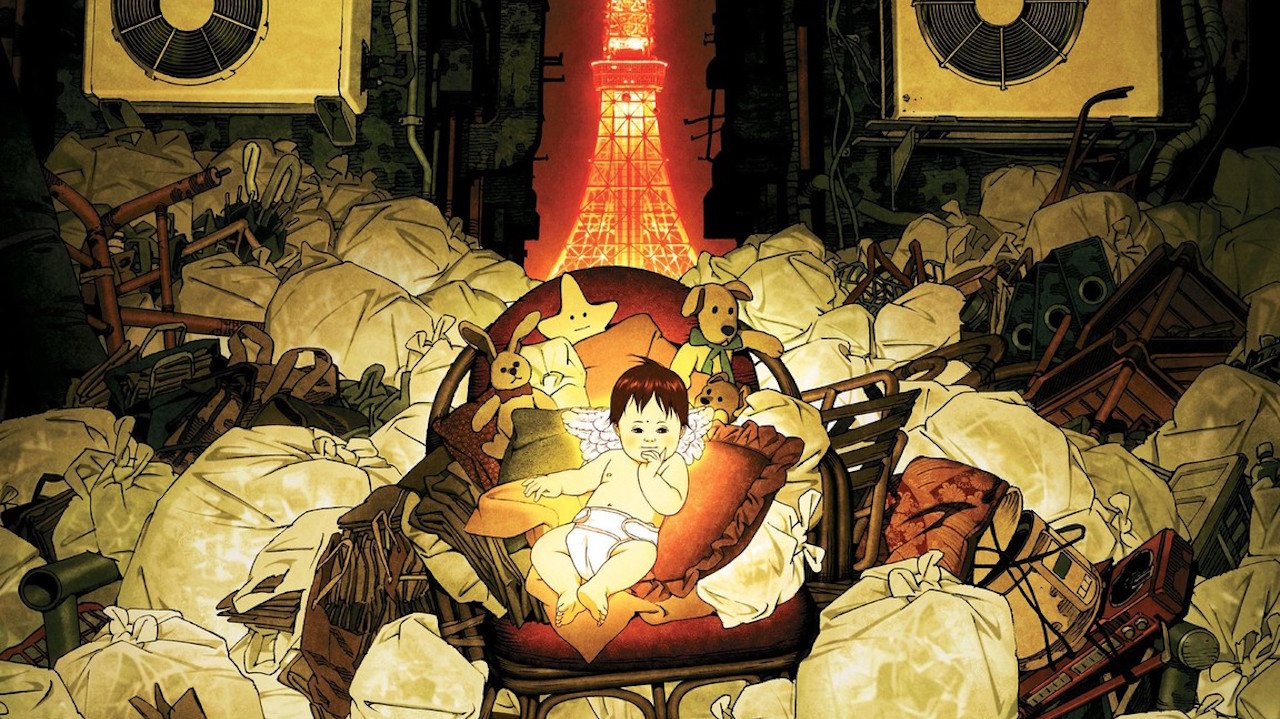 “Now here is “Tokyo Godfathers,” an animated film both harrowing and heartwarming, about a story that will never, ever, be remade by Disney. It’s about three homeless people — an alcoholic, a drag queen and a girl of about 11 — who find an abandoned baby in the trash on a cold Christmas Eve, and try for a few days to give it a home. The title makes a nod to John Ford’s “3 Godfathers” (1948), where three desperados (led by John Wayne) rescue a baby from its dying mother on Christmas Eve and try to raise it, at one point substituting axle grease for baby oil.

Gin, the alcoholic, claims to have been a bicycle racer who abandoned his family after losing everything by gambling. Hana, the transvestite, has felt like an outsider since birth. Miyuki, the little girl, ran away from home after a fight with her father. The others tell her she should return, but she’s afraid to. And then the cries of the infant alert them, and their rescue of the little girl is a catalyst that inspires each of them to find what’s good and resilient within themselves.

The movie was co-written and directed by Satoshi Kon, whose “Perfect Blue” and “Millennium Actress” have been among the best-received and most popular anime titles. Unlike Hayao Miyazaki (“Spirited Away,” “My Neighbor Totoro“), his style doesn’t approach full-motion animation, but uses the simplified approach of a lot of anime, with simple backgrounds and characters who move and talk in a stylized way that doesn’t approach realism. If you see this style for 30 seconds, you’re likely to think it’s constrained, but in a feature film, it grows on you and you accept it, and your imagination makes it expand into an acceptable version of the world.” – Roger Ebert